Feel-good movie fun for everyone 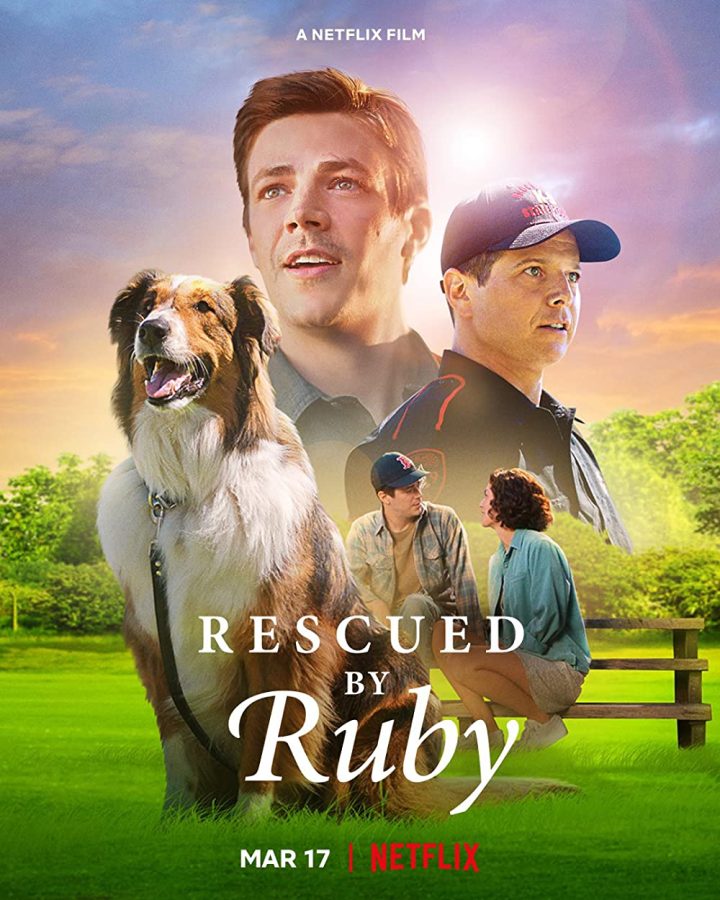 Netflix recently released new movies, so let’s do a movie review on one of the hottest new films. I watched “Rescued by Ruby” with my little brother during spring break, so let’s head right into it.

“Chasing his dreams to join an elite K-9 unit, a state trooper partners with a fellow underdog: clever but naughty shelter pup Ruby, based on a true story,” the description on Netflix reads.

The film was directed by Katt Shea, and the main cast featured Grant Gustin, Scott Wolf and Kaylah Zander.

The movie was filled with actors who were able to make the film come to life. Their actions and the changes in lighting made the setting a little more dramatic and realistic in a way.

At the start of the movie, the audience is able to see the dog’s (Ruby) perspective. Ruby is able to see only the color yellow with various shades of gray.

According to Christina Fernandez, who wrote an article titled “Are Dogs Color Blind,” dogs have a yellow-blue dichromatic vision. It’s similar to how a red-green color blind person views color. They are able to distinguish variations between blue and yellow, but cannot distinguish reds and greens as well.

I like that the film portrays various people. The film focuses on Dan O’Neil, who is trying out to be a part of the elite K-9 unit. O’Neil is portrayed to be bouncy, as he doesn’t seem to stop moving, especially when he is nervous.

Upon a second chance in trying out, we see that patience is needed. Even the characters surrounding Ruby and O’Neil mention that they are alike because it takes time to fully understand their point of view and their actions.

The film also shows the audience that there are steps that one needs to take to achieve a goal. The objective that one wants to complete in their lives won’t come to them because they want it to, but will come through hard work.

On one hand, when the cast is in the kitchen, we see that they selected orange and other bright colors for a gathering to create a welcoming vibe. On the other hand, when Ruby goes missing, the atmosphere changes to a dull tone, as it becomes depressing and begins to rain.

But something that stood out like a sore thumb was when O’Neil was drenched in the rain, but the side of the wooden bridge wasn’t. In another instance, the audience may notice that the wrinkles of some of the actor’s faces were more pronounced than others, especially when they smile, frown or become sad.

Towards the end of the movie, we not only see the credits, but also bloopers where mistakes are shown to the audience. One gets to see what was done to make a particular scene work, especially how they managed to get Ruby to “act.” We also get to see the real folks (Dan O’Neil and Ruby) that made this film happen.

Overall, I think the film is worth a watch, especially in a family-setting.