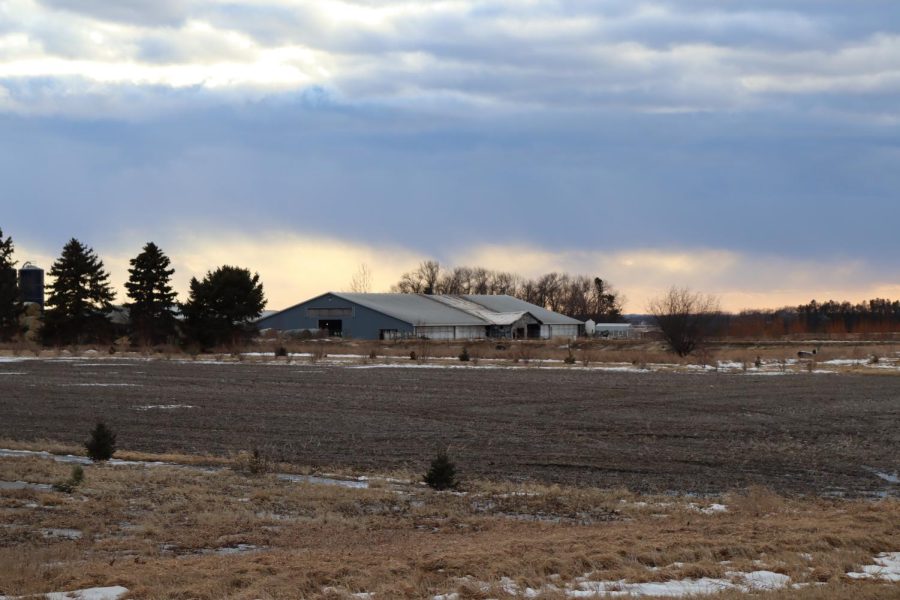 On the morning of Feb. 8, 2022, a large fire was sparked on the site of South Dakota State University’s Dairy Research and Training Facility. This is the second fire at this facility; in 2019 there was a hay bale fire.

While the insurance investigation hasn’t concluded, the preliminary cause points to the fire beginning in the insulated, heated structure attached to the free-stall barn that covered the manure pit. The structure was insulated and heated so the fluid in the manure pit could be pumped out before freezing.

According to Joseph Cassady, the Dairy and Food Science department head, there were no human or animal injuries.

Several student employees were on site when the fire initially started. A group of faculty and grad students at the Ruminant Nutrition Center saw the smoke and rushed over. It was that group of individuals that opened the gates to allow the animals to escape the building.

“The first goal was to just get them out of the building,” Cassady said, “We weren’t concerned about where they went.”

After the animals were out of the building, faculty members arrived to help round up cattle. The cattle were then moved into the most convenient places at the time, including the Ruminant Nutrition Center, a pasture west of the dairy unit and various lots on the dairy itself.

Ambulances arrived on site to inspect some students for potential smoke inhalation, but the students were given a clean bill of health. Along with the ambulances, the Brookings County Sheriff’s Office, South Dakota State University Police, Volga Fire Department and Brookings Fire Department all responded to the fire.

“Because it’s such a big building and because it’s a wide-open building, it was a relatively large fire,” Pete Bolzer, the fire department’s chief, said. “Since it was so wide open, there was nothing that could fight it.”

The fire was largely concentrated in the main free-stall barn of the million-dollar building, according to Bolzer.

“The entire pumphouse was a complete loss, along with eight trusses and about a third of the roof damaged,” Cassady said, “Estimates for repair are still being developed.”

While it may seem like those repairs may be expensive, students don’t have to worry about their tuition going up to cover it, Cassady said. Most of the expenses will be paid for by insurance. Any extra money needed will be covered by SDSU’s risk management fund deductible.

Cassady assured that no employees had been let go due to the accidental fire. However, since the dairy unit has downsized its herd, from 135 heads of cattle to 75, some workers may experience reduced hours. However, this may not happen as the unit was short-staffed prior to the fire, according to Cassady.

Cassady also assured that the fire will not impact SDSU’s dairy production.

“The dairy farm actually produces more milk than what the Davis Dairy Plant on campus is able to utilize, so we will continue to supply all of the milk the plant requires,” Cassady said. “But, we will reduce the amount of excess milk that we were selling commercially.”

As of now, there have not been any conversations on future precautions. Since the cause has not officially been determined, the Department of Dairy and Food Science is waiting to decide how best to move forward.