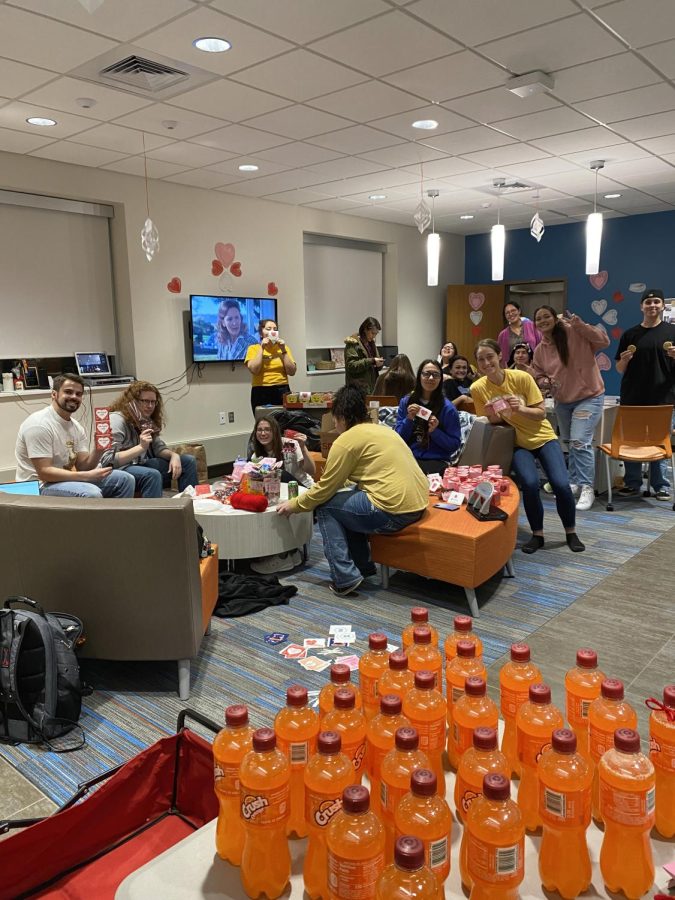 While most South Dakota State University students will be enjoying spring break next week, the university will be busy hosting the American Indian Science and Engineering Society Region 5 Conference. The conference runs March 18-20.

Selena Olvera, SDSU AISES chapter’s co-adviser, said it was exciting for her group to host the conference because of the importance it holds.

“This keeps AISES with a good reputation after winning the national award for community service and outreach as well as good publicity within the Brookings community and SDSU campus,” Olvera said.

Cierra Sazue, SDSU AISES’s vice president, has been involved in the organization and is hoping to take that to another level as she runs for the Region 5 representative position at the conference.

“This conference will allow our chapter to not only grow professionally and academically, but also in our bond as a family on campus,” Sazue said.

As many as 100 students are expected for The Region 5 Conference. The Conference will be held in the Student Union, as well at the American Indian Student Center on campus.

During the conference students will tour the campus, as well as the cadaver lab. Not only will there be main speakers, but there will also be multiple presenters for breakout sessions and many professional development opportunities for students. The itinerary for the event is posted on the main AISES website.

Olvera said the conference was important for SDSU because it shows the connection within the Indigenous communities and the support SDSU has for the AISES chapter.

The preparation for this started months ago between the two co-advisers for the SDSU AISES chapter, as well as the student officers and AISES members. They have been reaching out to possible speakers and chapter attendees, as well as hotels for the attendees while staying in contact with the other seven AISES regions.

“I was an SDSU AISES member as a student—we were just starting out at that time,” she said. “It’s great to see how much the chapter has grown since then. I’m so excited for the chapter’s hard work to pay off at the conference where they will be sharing and promoting Indigenous scholarship and research.”

All of the SDSU AISES chapter has been diligent when planning this conference. Sazue said, last year the conference was held online, with virtual Zoom sessions. Following that conference, the SDSU AISES Chapter is prioritizing a fun learning experience for students to be able to attend in person this year.

The SDSU AISES chapter has lots on its agenda. After planning this Region 5 Conference, many members will be attending the 2022 AISES Leadership Summit April 10-12 in Temecula, California.