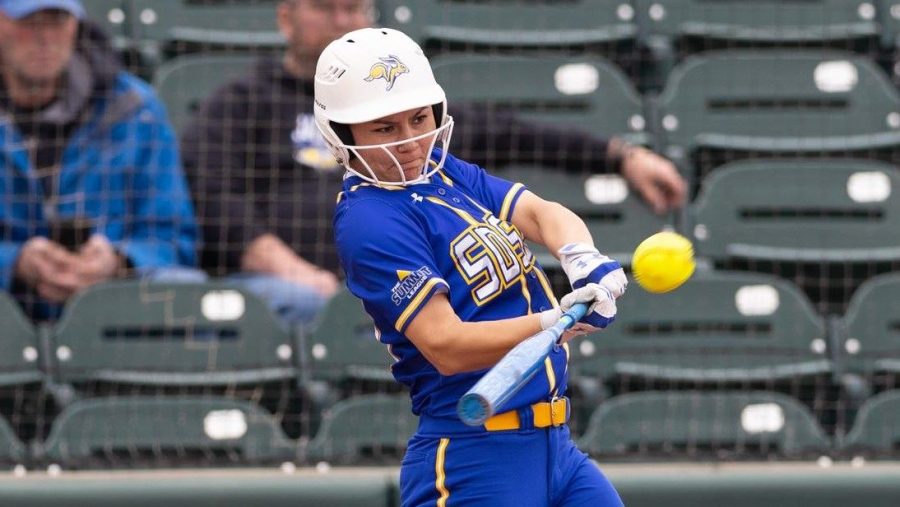 The trip west comes as the Jackrabbits battle a so-far up-and-down season. They’re 9-7, with one three-game win streak and one three-game losing streak. Here’s a look at what’s ahead.

After that, the Jackrabbits will head to Northridge and Los Angeles for double-headers against California State Northridge (9-11) and Loyola Marymount (12-10).

The Jackrabbits open defense of their Summit League title March 26 at the University of Omaha for a three-game series against the Mavericks. Here are some highlights.

Key matchups this year: The Jacks will play in a three-game series against rival South Dakota April 2-3 in Vermillion. Later in the season, they travel to Fargo to take on rival North Dakota State April 23-24. Near the end of the season, the Jackrabbits’ senior day will be April 30 against St. Thomas at Jackrabbit Softball Stadium.

Highlights: The Jackrabbits exploded for 26 combined runs in a doubleheader against Creighton Feb. 27. They then went on a three-game losing streak against Wichita State and Nebraska, before beating the Cornhuskers 16-4 in their latest game.

Quotable: “Offensively we were clicking,” coach Krista Wood said about the Creighton doubleheader. “And then our defense was solid and our pitchers shut them down. We just kept our foot on the gas and kept going.”

Infielder Rozelyn Carrillo leads the team with a .396 batting average. Cylie Halvorson is the team’s leader in home runs (5) and RBIs (16). For pitching, Tori Kniesche leads the team in innings pitched (47.0), strikeouts (67), and ERA (4.21), while also compiling a 5-3 record.