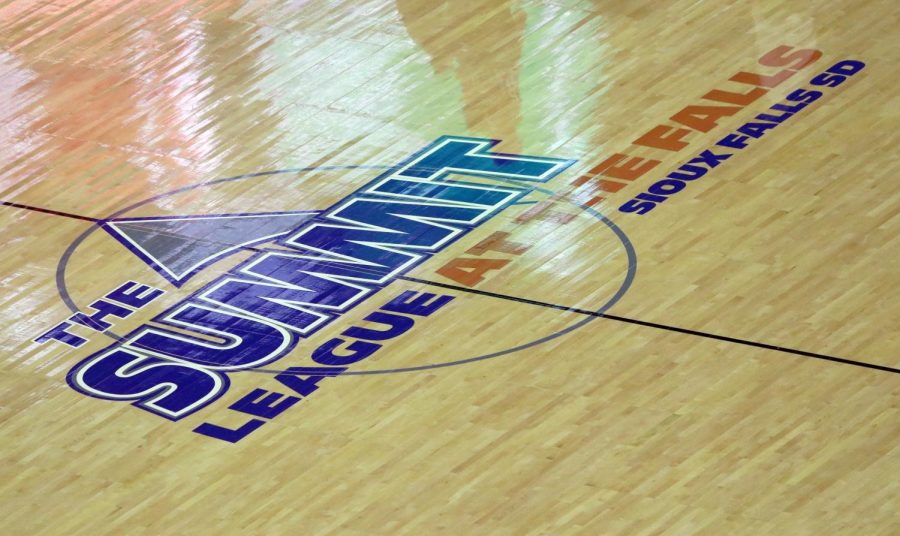 The 40th Summit League Tournament kicked off Saturday and there were plenty of eventful moments. Here is a little bit about each game that was played today.

SDSU kicked the 40th Summit League Tournament with an 89-56 win over the eighth-seeded Denver Pioneers. The Jacks got off to an early 16-0 run after Denver scored the opening basket. Myah Selland played in her first postseason game since 2019 and did not look rusty whatsoever, scoring 26 points, shooting 71% from the field. Paiton Burckhard chipped in 18 and Tori Nelson had 15. Freshman Paige Meyer did not play and will likely be out the rest of the year after getting injured last week against Kansas City. Uju Ezeudu led Denver with 25 points in the loss.

The Coyotes and the Leathernecks played in the second game of the day and South Dakota got the better of them winning the game 75-49. Both teams were knotted up at 15 before a big run by USD gave them separation the rest of the way. An unexpected player led the Coyotes in scoring as freshman and Summit League Sixth Woman of the Year Grace Larkins contributed 23 points off the bench. It was the first 20-point game of her career. Hannah Sjerven had 11 points, while Player of the Year Chloe Lamb struggled, only scoring 6 points on 2-8 shooting. The Coyotes win advances them to the semis, where they will see either Kansas City or North Dakota State Monday.

The third game of the day was the closest one yet and a little surprising to some considering the Jacks went 18-0 in league play, while Omaha only had 5 wins all season. It was a back-and-forth affair throughout the first half that included the Mavericks taking a 28-22 lead midway through the first. Frankie Fidler led Omaha with 22 first-half points, partially why they were able to keep pace with the Jackrabbits. Ultimately, SDSU pulled away in the second half, leading by as many as 17 points before a few buckets from Omaha kept them within striking distance. Douglas Wilson led the way for the Jacks, notching 22 points on the day, while Summit League Player of the Year Baylor Scheierman had 20. Fidler finished with a game-high 34 for Omaha. The Jacks play the winner of tomorrow’s Kansas City/USD matchup.

The fourth and final game of the day was an eventful one. The first half was very close, and Denver took at 35-32 lead into the break. The expectation was that NDSU would pull away, like the Jacks did right out of the halftime break. After a few showtime dunks from NDSU’s Sam Griesel and Denver’s Tevin Smith later, the Pioneers led 52-47 with 11:40 left in the game. Then the Bison went on a commanding 22-0 and suddenly, held a 69-52 lead. Denver went over six minutes without scoring a bucket and North Dakota State was able to pull away and win the game 82-62. It was a very strange final ten minutes due to Denver looking like they were going to pull off the upset after playing well for the first 30 minutes of the game. NDSU now get a day off and get back at it Monday night when they will match up with either Oral Robert or Western Illinois.