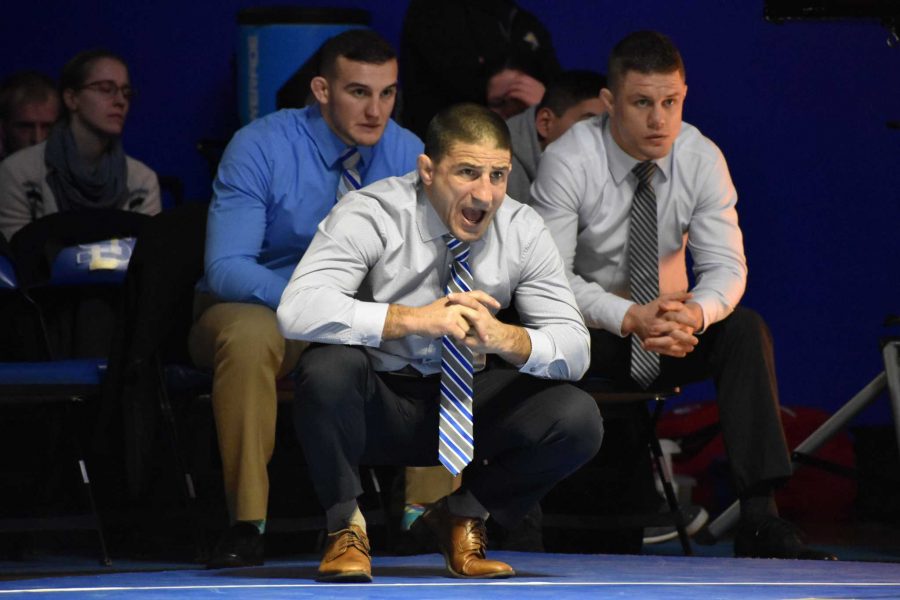 Chris Bono, who engineered the South Dakota State wrestling rebuild, will not return for his seventh year as the Jackrabbits head coach.

The 2017 Big 12 Coach of the Year Bono will instead head to the Big 10 to take over as the head coach of the Wisconsin Badgers.

During his six years at SDSU, Bono compiled a 64-41 record and was coming off of his most productive coaching season.

Under Bono, the Jacks sent 24 NCAA qualifiers to the National Championships and had five All-Americans.

“I also want to thank the fans for all their support,” Bono said to www.gojacks.com. “SDSU and the community of Brookings is a very special place.”

The search for the new head coach of the Jackrabbits will begin immediately.