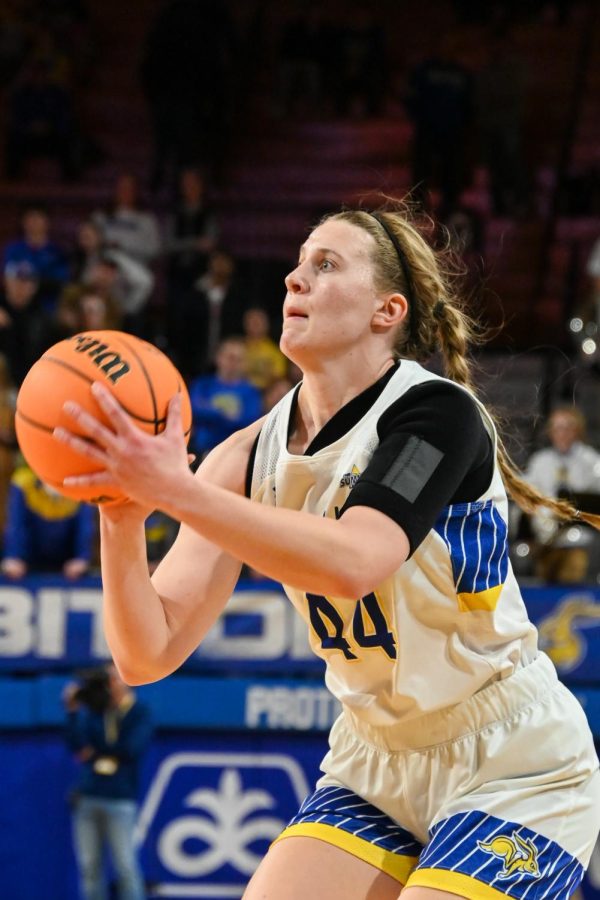 MACOMB, ILL. – The SDSU women’s basketball team took down Western Illinois Thursday night on their final road trip of the regular season with a final score of 84-54.

SDSU’s defense forced the Leathernecks into 21 turnovers. That led to 31 points off turnovers for the Jacks. The defense turned into offense as SDSU had 16 points on the fast break whereas Western Illinois only had two.

After growing their lead to 41-25 at halftime, the Jacks never looked back. Paiton Burckhard led with eight rebounds at the break as Tori Nelson had 11 points. Western Illinois had 10 turnovers at the half.

SDSU never looked back as they came out of the half on fire growing their lead to 65-33 after three quarters of play.

Western Illinois was led by a trio of players, Elizabeth Lutz, Danni Nichols, and Evan Zars whom all had 12 points apiece.

SDSU heads to St. Paul, Minnesota Saturday to wrap up the final road game of the season as they face the St. Thomas Tommies at 1 p.m.10th st