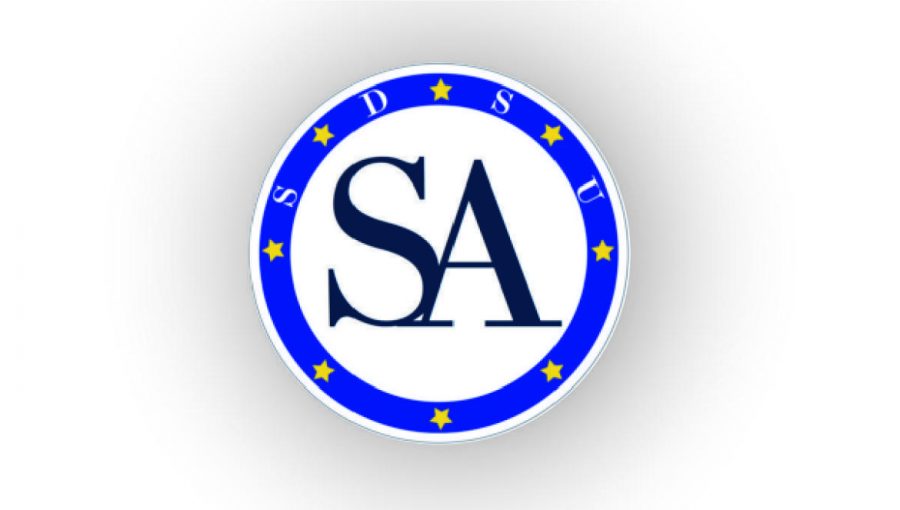 Dunn spoke for almost 30 minutes Monday night in his first address to the Senate since September. His focus was on general improvements being done to the campus as well as the larger economic impact SDSU has on the state.

According to Dunn, work is continuing on the new, privately funded wrestling addition on the Sanford-Jackrabbit Athletic Complex. Progress has been slow due to supply chain issues, but administration expects the addition to be completed next fall. The Lincoln Hall project is also nearing completion, according to Dunn.

“We’ve done all the outside work,” Dunn said. “It’s a jaw-dropping building, and I can’t wait for you guys to see it.”

When completed, Lincoln Hall will house the College of Arts, Humanities and Social Sciences and the School of American and Global studies.

Pierson Hall will close as planned at the end of this semester. Over the next two semesters, the hall will be extensively renovated and reopen in Fall 2023. According to Dunn, Mathews Hall will be the next project, followed by Young and Binnewies. Rates for the renovated dorms will not increase, Dunn said.

Dunn also confirmed that Scobey Hall will be demolished this spring.

Dunn spoke about the economic impact SDSU has on the state economy. Recent studies have shown SDSU’s economic impact at about $930 million per year. Dunn also said 52% of SDSU graduates stay in South Dakota for at least 40 years after graduating.

The Armed Forces Association, which has between 15 and 20 active members, informed the senators about the club’s mission to help ease the transition from military service to campus life.

UPC also spoke to the senate Monday. UPC hosted 13 events last semester and will hold 13 events this semester. Their last event, a trip to Mount Kato, sold out at 55 people. Each ticket was $35. UPC is funded by generated revenue from ticket sales and general activity fee (GAF) dollars.

The Senate unanimously passed five resolutions and a budget philosophy.

Resolution 21-19-R affirms the Students’ Association’s support of HB 1024, an act to “revise and repeal certain provisions regarding self-support tuition rates at off-campus locations governed by the Board of Regents.”

Resolution 21-20-R affirms support for HB 1137, which will allow for SDSU to upgrade to a new computer and storage system.

Resolution 21-22-R affirms support for HB 1245, which will “equalize the general fund appropriations appropriated to the Board of Regents.” Dunn spoke in support of the bill, saying that the current system used to appropriate funds heavily undercuts SDSU and gives more money per student to several other state schools, including University of South Dakota and South Dakota School of Mines and Technology.

Resolution 21-23-R opposed HB 1252, which is an act to “create an Office of Public Policy Events at institutions of higher education on January 27, 2022.”