Strong shows out at Bowl game 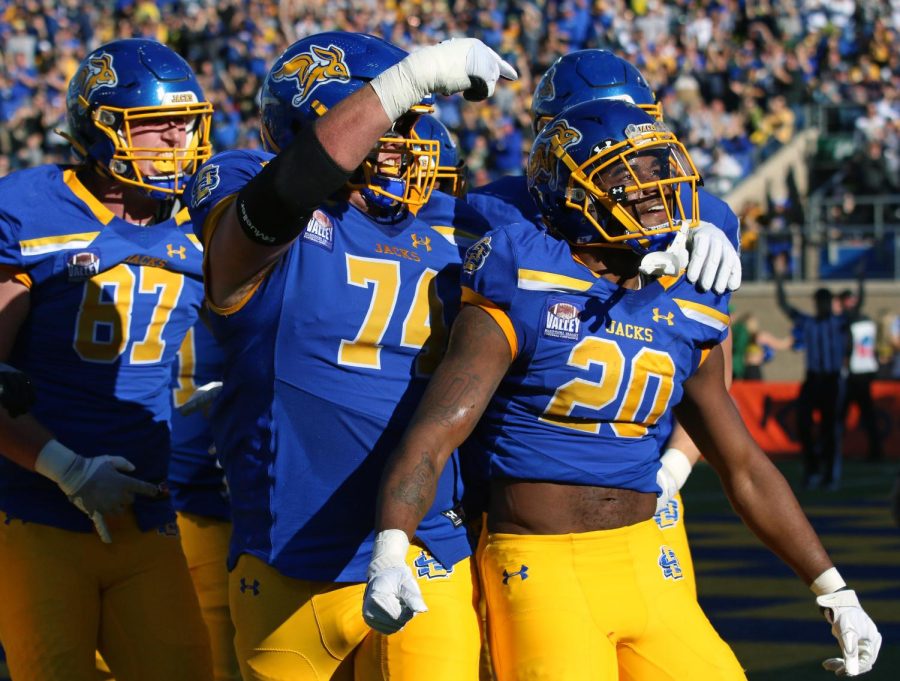 Former Jackrabbit running back Pierre Strong Jr. put an exclamation point on his college career by scoring a long touchdown during the annual East-West Shrine Game on Thursday.

Viewers who tuned in to the game on NFL Network got to see what South Dakota State University fans have gotten used to over the past four seasons.

In the third quarter, Strong caught a screen pass from quarterback EJ Perry, then blew past four defenders on his way to a 65-yard touchdown reception to get the east squad on the board.

Strong also finished with one rush for four yards. Not much, but he nonetheless made a big impression.

An article from the Bleacher Report NFL scouting department listed Strong’s positive and negative attributes as an NFL prospect.

Some of Strong’s positives, according to the article, is having very good speed and burst, above-average vision, especially when reading his blocks at the second level, a gliding running style that can weave in and out of blockers and above-average hands out of the backfield.

The negatives for Strong include an average build for his position, a straight-line runner who is inconsistent at making defenders miss and below-average contact balance.

A native of Little Rock, Arkansas, Strong tallied a career-best 1,686 rushing yards and 18 touchdowns last season on his way to being named all-American in the Football Championship Subdivision. He was a two-time Walter Payton Award finalist for the top offensive player in the FCS.

He is third in Jackrabbit history in rushing yards with 4,527, and fourth in touchdowns with 40. He has notched 18 career 100-yard rushing performances and is the fourth Jackrabbit running back to post three 1,000-yard rushing seasons.

Throughout his career, Strong has shown his skills as a dual-threat player. He has caught 63 passes for 600 yards and three touchdowns. As a passer, he is 9-9 for 208 yards and six touchdowns.

Longtime ESPN NFL draft analyst Mel Kiper Jr. lists Strong as the eighth-best running back prospect for the upcoming draft. Another article from ESPN by Jordan Reid predicted Strong to be a late day-three draft pick.

“At 5-11, 203 pounds, Strong is a slender rusher with a similar build to former NFL running back LeSean McCoy,” quoted the article. “He will likely be a change-of-pace back during the earlier parts of his career because he’s a dangerous weapon in the passing game.”

Strong was also invited to the NFL scouting combine in Indianapolis, which is set to take place from March 1-7. The NFL Draft will be in Las Vegas from April 28-30.