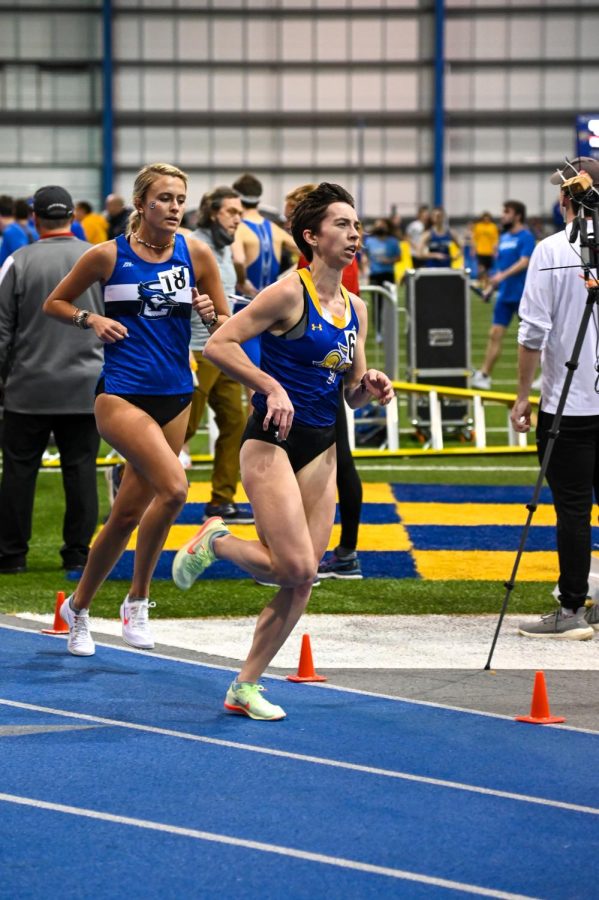 Track and field director Rod DeHaven talked about all that Peterson’s had to overcome since arriving at SDSU.

“Cailee was successful in high school and she gets to college and the injury bug hits,” DeHaven said. “One of the biggest joys of coaching is when you see kids fight through so much. It was really cool to see her have that happen on Saturday.”

In the same event, Jessica Christoffer took the third best spot in 4:57.26.

Rich-Ann Archer also took third place in the 60-meter dash with a time of 7.53 seconds. Archer also competed in the women’s 200 where she placed seventh followed by fellow Jackrabbit Lizzy Gillingham.

Freshman runner Cerington Jones took fifth place in the women’s 400 final with a quick time of 57.64

Jared Wipf won the men’s 60-meter dash with a time of 6.80 which is a career-best for the Jackrabbit freshman and takes the third-fastest 60-meter run in South Dakota State history.

Thailan Hallman tied his career-best in the 400-meter dash with a time of 50.15 seconds and finished fifth in the event.

In the mile, Tom Breuckman led the charge for the Jacks and finished with a time of 4:05.99 and the second-place spot followed by Josh Becker who placed third with a 4:10.35 finish. Gabe Peters finished fifth in 4:10.39 and Daniel Burkhalter placed sixth with a time of 4:10.75.

Up next, the Jackrabbits head to Fargo for the Bison Open on Saturday.