Capers show back after year absence 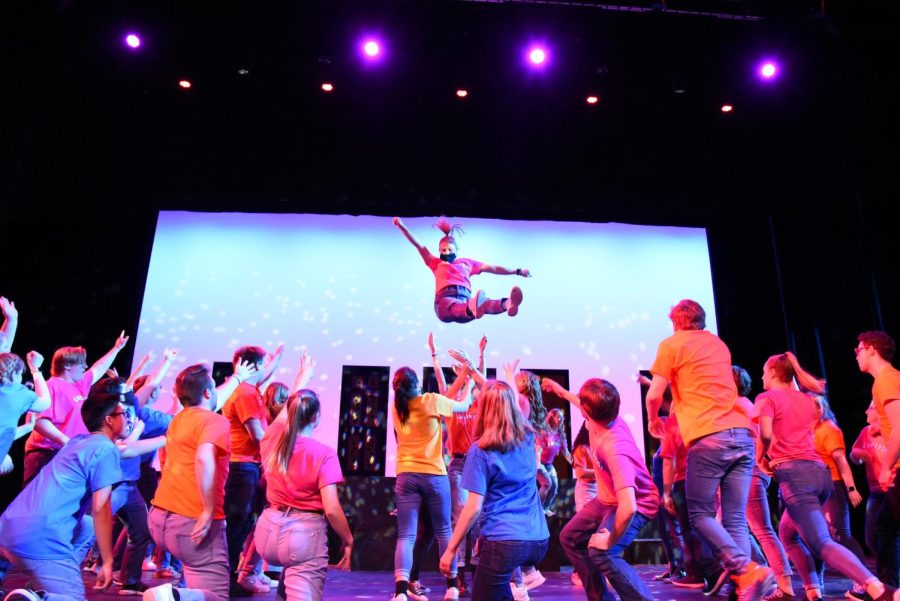 South Dakota State’s annual Capers production fell victim to the COVID-19 pandemic last year when it failed to take to the stage for the first time ever.

But now that setback is in the past, and this year’s production has been reinvigorated by the idea of reviving the popular Saturday Night Live-style comedy and variety show, according to cast and crew members.

Compared to previous years on the production side, this year is filled with more joy than past productions, according to Olivia Davis, a member of Alpha Psi Omega (APO), the organization that produces Capers.The year off has given way to a lot of excitement to be able to do the show again.

“In some ways, quality is better than quantity,” Davis said. “Everyone in the cast of APO has shown up for rehearsals and is really rallying together and working harder than ever. Everyone this year has had to step up and work harder because of the circumstances.”

Audiences have several opportunities to see the show at the Oscar Larson Performing Arts Center. Tickets can be purchased at sdstate.tix.com or at the door. SDSU students pay $8, while everyone else can buy tickets for $10.

Students from all majors and disciplines are welcome to participate, and a wide variety of majors actually perform in Capers, ranging from mechanical engineers to graphic design and more. Capers started as the Rabbit Rarities talent show in 1952, and then became Cottontail Capers in 1955. It wasn’t until the 1980s that it became the beloved annual tradition in the style of SNL, according to Billy Wilburn, an associate professor of theater and the faculty adviser to Capers.

Capers allows the members of Alpha Psi Omega an opportunity to practice what they learn in classes: to choreograph, direct, write, etc. It is a comedy show written by college students for college students, which means it’s quite modern, with a lot of references to current and recent events.

Theatergoers can expect to see several comedy skits and dance groups, as well as singing.

One of the big draws for Capers cast and crew is the opportunity to hang out with people they might not otherwise meet because of differing schedules, majors, interests, etc. And Capers is meant to be a good time.

“It’s just supposed to be fun, not a difficult (task) or time-commitment,” Wilburn said.

Lex Kuske, a junior majoring in exercise science, said her favorite part about Capers is the people.

“We all set aside time in our schedules to come together and make something awesome,” she said. “Exercise science is a 180-degree turn from theater, so being able to continue with the fun parts I enjoy on stage with my academic load is the best of both worlds.”