SDSU keep pace with USD with win over Bison 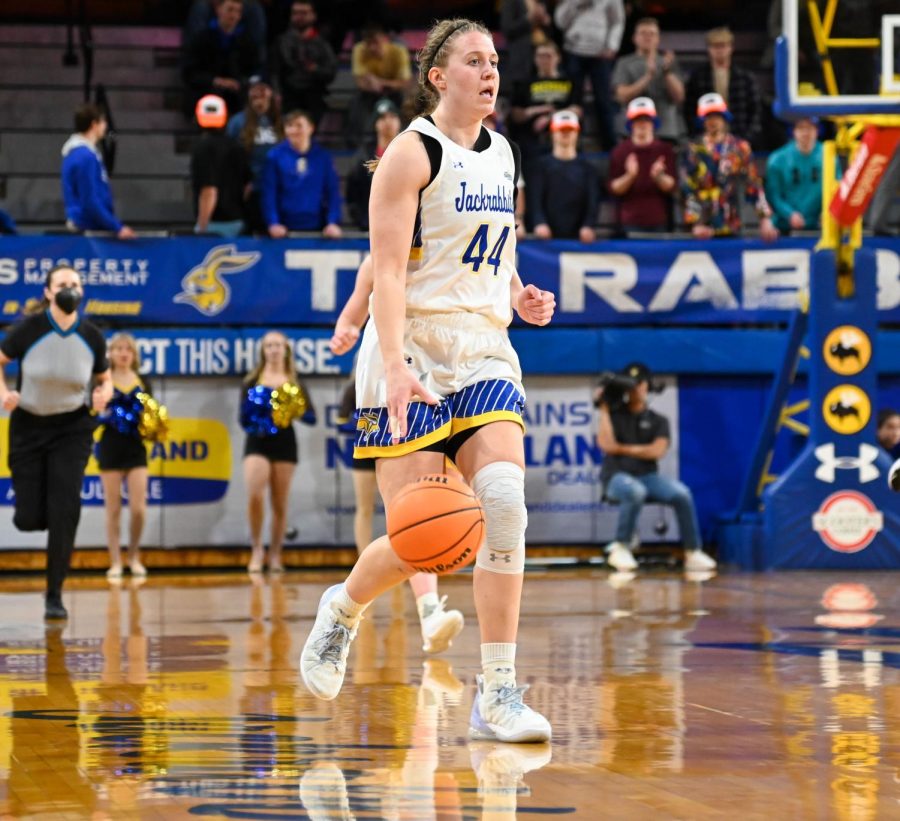 The Jackrabbit women’s basketball team kept their win streak alive tonight, winning their sixth game in a row and 11th game out of its last 12 as they beat NDSU on the road 76-60.

Myah Selland had a season-high 23 points in the contest, shooting 9-of-15 from the field, with four rebounds and three assists. The Jackrabbits are 12-3 when Selland has played this season and 2-5 in games without her. She is leading the team in scoring with 12 points per game.

Three other Jacks scored in double figures, with Paige Meyer and Paiton Burckhard each scoring 12 while the Wahpeton, N.D. native, Tylee Irwin finished with 10 points.

Scoring in the paint was the difference in the game as the Bison scored a mere 12 points in the paint compared to 44 from the road team.

For the Bison, they were led by Heaven Hamling and Emily Dietz as they added 13 and 11 points respectively. North Dakota State (8-13, 4-7) slid to seventh in the Summit League standings, with a month left in the regular season. They play Omaha next week on the road.

SDSU is still trying to keep pace with USD for first place in the conference, sitting one game behind the Coyotes. South Dakota is one of the hottest teams in the nation as they are currently winners of 16 straight games and undefeated in the Summit at 11-0.

The Coyotes come to Frost Arena next Saturday for the most important game of the Jacks’ season as it will likely decide the winner of the league. Both teams have got plenty of momentum, with each on big win streaks. State has won their last six games by an average of 35.6 points. Tip-off will be at 2 p.m. and you can watch it on Midco Sports and ESPN+.