Jacks face UC Davis in first round of FCS playoffs 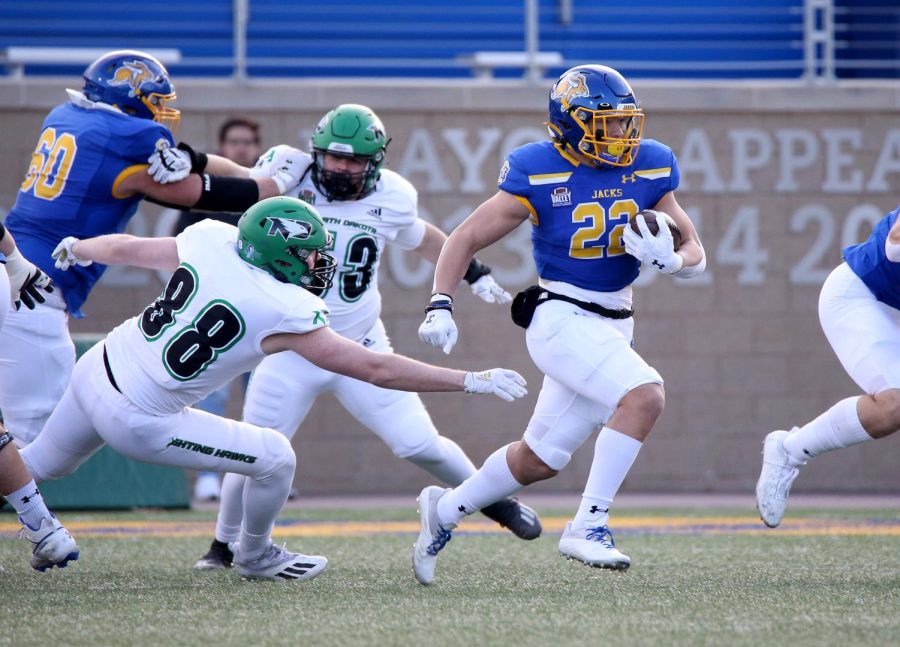 For the tenth consecutive season, the South Dakota State Jackrabbits are heading to the FCS playoffs.

Announced Sunday at the NCAA Selection Show, they’ll host UC Davis in the first round Saturday, Nov. 27 at 2 p.m. at Dana J. Dykhouse Stadium. The winner will then travel to fourth-seeded Sacramento State the following week.

The Jackrabbits won their regular-season finale 24-21 against North Dakota. They finished with an 8-3 overall record and a 5-3 record in the Missouri Valley Football Conference, earning one of the 13 at-large bids in the 24-team playoff field.

SDSU has a couple of impressive wins on their resume this season, with victories against an FBS opponent (Colorado State in week 1), and against North Dakota State a couple of weeks ago.

But the Jacks didn’t get a top-eight seed. The top eight seeds get a first-round bye and at least one guaranteed home game. Last season, the Jacks got the No. 1 overall seed and home-field advantage throughout the playoffs in a 16-team field.

The advantage really seemed to help them, as they advanced all the way to the FCS title game. For the Jacks to make it back to Frisco this year, they’ll have to do it mostly on the road.

UC Davis, led by coach Dan Hawkins, also finished with an 8-3 regular-season record overall, including 5-3 in the Big Sky Conference. The Aggies ended their regular season with a 27-7 loss to Sacramento State.