How soon is too soon to put up Christmas decorations?

The yearly debate emerges once again 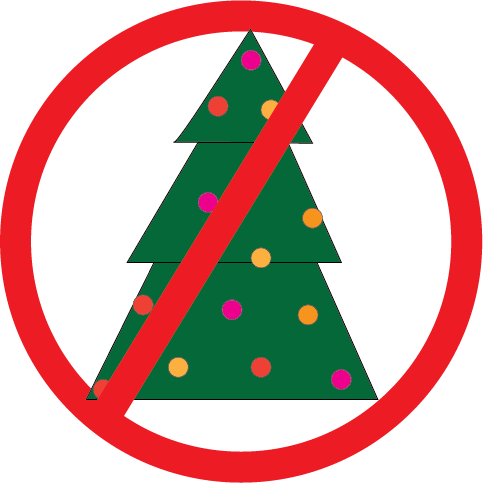 But not because there’s snow on the ground. Instead, it’s because of all the decorations and lights that are showing up in the stores around town, and the Christmas songs being played on the radio.

Just as fast as the decorations go up, so do the grumbles start about how it’s too early for the holiday décor and “Rudolph the Red-Nosed Reindeer.”

I don’t understand this kind of thinking, and I don’t get why being cheerful early on is so wrong. Christmas is my favorite holiday. The day itself is fun, but the festivities weeks before are just as fun, so what if we start celebrating before Thanksgiving?

I start consistently listening to my favorite Christmas carols after the first snowfall of the year, but if I heard Mariah Carey or Michael Bublé at some other time of the year, I wouldn’t complain. In my opinion, a safe rule for everyone looks like this: You’re good to play Christmas music after Halloween.

The biggest reason I hear people cite for not enjoying all this is that it ruins Thanksgiving. I don’t understand how preparing for Christmas early hurts Thanksgiving. Families are still able to meet and share a turkey and say what they are thankful for even if Walmart has an inflatable snowman up and you hear a song or two about Santa Claus in the weeks before.

If you can create some traditions and Thanksgiving songs, like what we have for Christmas, then maybe we’ll get to a longer celebration of Thanksgiving. But, since Thanksgiving doesn’t have this rich tradition Christmas does, we can expect to see that spillover of Christmas celebrations to continue to take over November.

Another thing people whine about is that this all just demonstrates the intensity of consumerism we have that destroys the culture and meaning of Christmas. They say this ruins the holiday for them. The truth is, our culture has always been materialistic and that is super sad. This materialism is even more apparent during the holidays, and that’s the case only because of our overattachment to buying products to give to others as gifts. I think that this time of the year makes beautiful what most of the time is quite ugly.

People also complain for religious reasons. They say that all these secular celebrations distract us from the true meaning, the birth of Jesus Christ in the Christian faith.

In his book “Signs of Life,” Christian theologian Scott Hahn says, “Let the Grinches and the Scrooges mutter darkly about the commercialization of Christmas. I’ll take it (though not uncritically) as a tribute to Christ that society’s great season of giving is the feast of his birth, even if that giving must be preceded by a season of buying.”

If Hahn can see beauty in all the noise of the Christmas season, then that’s good enough for me.

I see that these secular traditions are separate from religious celebrations, and I love celebrating both things as just that, their own things.

I often wonder why so many people get so upset about other people enjoying something like the Christmas season.

I think part of the reason why everyone gets upset is because it’s something that everyone complains about, and people just tend to follow the crowd into hating on people who just love a plain-awesome holiday. I think there are plenty of people who don’t have legitimate reasons for being mad about the occasion, but they just know it is “normal” to be upset. They want to fit in.

Whenever you think the Christmas season should start, I think with all the actual disagreements we have in our world, I suggest we all stop judging others for something so harmless.

Remember, if certain songs in November upset you so much, you can always just change the station.