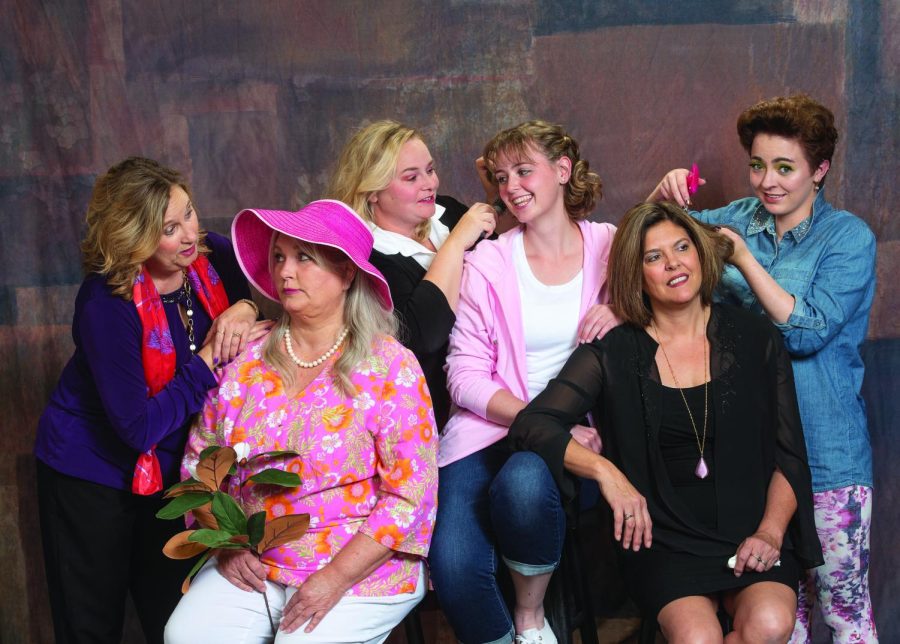 The play takes place in a beauty salon in Louisiana where all ladies who are “anybody” go to get their hair done. There are only six actresses in this play, and their characters are: eager; wisecracking; crazy; an eccentric millionaire; and the prettiest girl in town.

“We are not doing the movie version, so we may not say the same things the movie did,” director Sylvia Newell said. “This is the Brookings Community Theater’s version of this script. We are our own version.”

Carrie McClanahan, a graduate of the SDSU theater program, is playing the lead role of Truvy, and said she is excited for this production. McClanahan has been a part of about 20 other productions in various roles.

“She’s very upbeat and caring; she’s the mom of the shop,” McClanahan said about her character.

Truvy is a character who will be loved by “anyone who is optimistic or likes to make little jokes. Anyone who is almost like a caretaker of family or friends,” McClanahan said. “Just a person who loves their people and loves to be there for them.”

Alex Arnold is the youngest actress on the set at only 20, and she plays the character Annelle. Arnold has been in six other theater productions.

“I love ‘Steel Magnolias.’ I figure the part I would play would be easy but a challenge for me to do,” Arnold said.

Putting this production together had its challenges as well. For McClanahan, the tough part was finding time, and for Arnold it was being the character and not herself. Newell said the biggest challenge was getting the southern accents right.

“The accents have to be real,” Newell said. “They have to give them the emotion the show is asking you to do.”

Although there are only six actresses on the stage, it takes 30 people to make this production happen, Newell said.

This production has a lot of heart, emotion and closeness. According to Newell, it will make the audience want to “go home and hug your momma, your child or even the old nag down the street.”