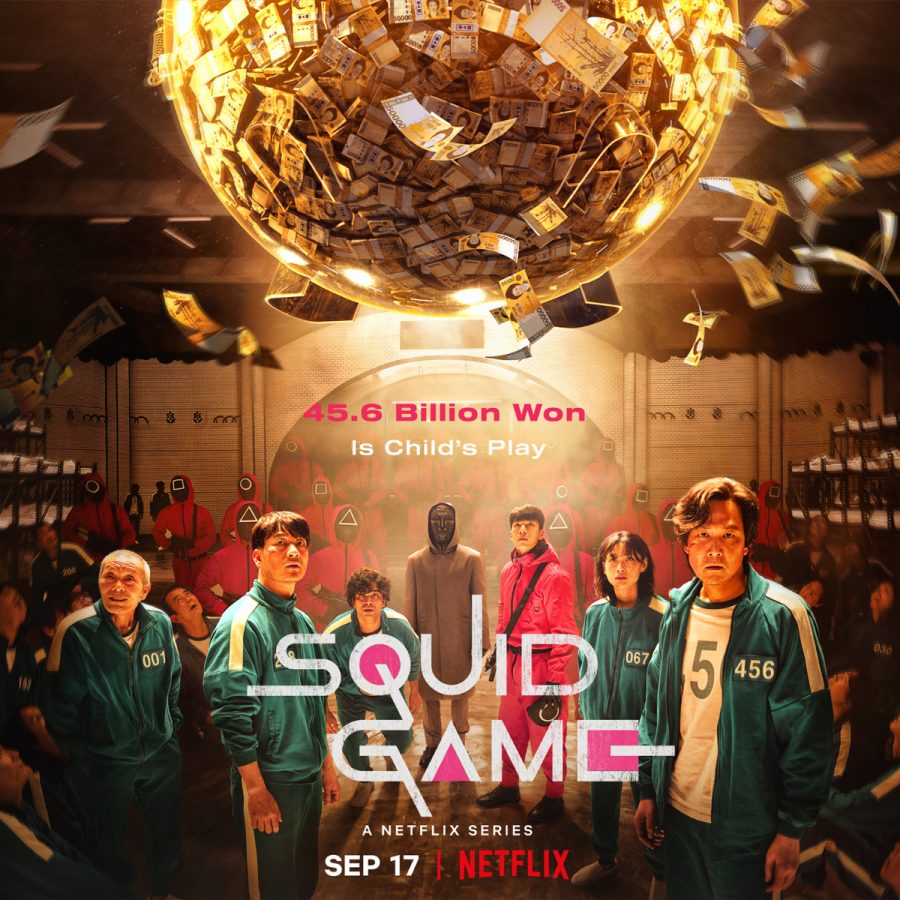 The new series “Squid Game” has quickly become the topic of conversation around the world, and Brookings is no exception.

The show aired on Netflix Sept. 17, and since then it has become the No. 1 show in about 90 countries. It also has become popular on social media platforms, including Instagram and Twitter. The series is nine episodes, each one about an hour long.

The show is based in South Korea and is considered a “survival drama” where 456 citizens who are all in extreme debt get invited to participate in games to win money. The games they play are South Korean children’s games with a deadly penalty if they lose or fail to finish the challenge.

“My initial thoughts after watching the first episode were that this was an interesting concept for a TV show. It definitely wasn’t what I was expecting,” second-year business economics student Connor Powers said. “Overall, I thought the show was pretty good.”

Professor Graham Wrightson, who teaches global citizenship and diversity at SDSU, said Korean shows are popular right now because of the way the films show characters dealing with real life problems but in an entertaining way. “Squid Game” has an interesting take on societal pressures.

“I was surprised at how socially aware it is and representative of society rather than just some corny TV show presenting a concept to gain viewers,” Wrightson said. “It is a serious drama making serious points about society. I don’t know if everybody gets that when they watch it, but that’s what I find I like it for.”

The show highlights, in an extreme and more violent way, what’s happening in South Korea regarding a mass number of citizens being in debt, according to a report in NBC News. It offers life lessons about trust, friendship and loyalty.

The series is disturbing for many viewers, yet it leaves them wanting to keep watching to find out what happens next.

The show is not in English; in the U.S., it’s presented with voice-overs. The voices don’t match the actors or the subtitles, which can be annoying.

“I know that the dubbing and the words don’t match the Korean, and I’ve been told that the English version is quite far from the intent of the original,” Wrightson said. “It makes me want to learn Korean so I can get the original, because I think it would add even more to what is already a great show.”

Although he loved the show, he wishes it would have incorporated more background information on the other characters. He also disliked the dehumanization of the characters throughout the show.

The NBC News report said people had become so engrossed in the series that many have tried calling the phone number that is shown on the business card in the first episode. The owner of the actual phone number has received so many calls that Netflix has been working with the production company to edit that scene out.

“Squid Game” involves a lot of violent and disturbing scenes and parental supervision is advised. If you enjoy horror and drama, this might be a show for you.

The show cost only $21.4 million to produce, and Netflix estimates that it will create almost $900 million in value for its company, according to a report from Bloomberg.

“About 132 million people have watched at least two minutes of ‘Squid Game’ in the show’s first 23 days, smashing the Netflix record set by ‘Bridgerton,’” the Bloomberg article said. The two-minute figure is the one that Netflix releases to the public for some shows.

Powers said, “I would definitely watch season two if it were to come out.”