SDSU Has Its Own TikTok Star 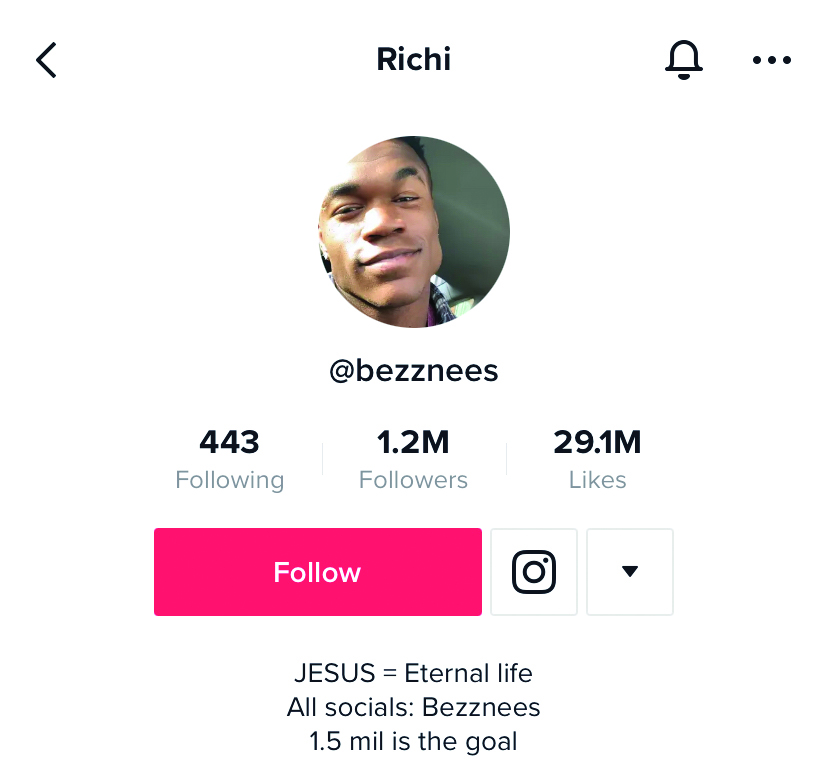 When people think of South Dakota State University, influencer is not the word most would use to describe it, but at least one student has reached that status.

Fifth year communications major Rick Lund has reached 1.2 million followers on TikTok. Some people who blow up through social media talk about how it was a slow grind until they finally reached a large following. That wasn’t the case for Lund, who blew up after posting his first video.

“Honestly, I started (my TikTok account) out of spite,” said Lund.

It was almost two years ago when one of Lund’s friends was bragging to him about how she had gotten around 200 likes on one of her recent TikTok videos, so Lund decided to show her up.

History began Nov. 26, 2019, as Lund uploaded his first TikTok video. The video currently has over 678 thousand views and 142 thousand likes. In the video, Lund not only shows off some of his impersonations but quickly teaches viewers how to attempt doing them as well.

Lund’s username, “bezznees,” was his nickname in highschool. He is from Port-au-Prince, Haiti.

Lund uploads a wide variety of videos, ranging from funny takes, to videos about weightlifting, to him sharing his thoughts on some more controversial topics.

His most popular video is one about his aunt’s passing that has just under 20 million views. That video is currently sitting at 2.1 million likes.

As for how he blew up on social media, there are many different ways, but shareability is one of the best.

Another one of Lund’s popular videos is one where he plays a popular song on the app over a video of a girl not having light-up shoes. He followed up that video with another one giving the little girl a pair of her own light-up shoes. The first of the two videos received over 1.4 million likes and just over 7 million views.

Although he declined to say how much he was making from his videos, Lund did say that he began making money almost immediately from paid promotions and sponsorships. Lund has videos where he might use a product or mention a product’s name, and he will be compensated by that company for doing so.

Lund also meets all of the requirements to be a part of the TikTok Creator Fund. The TikTok Creator Fund was created by the social media company and aims to pay its larger creators. You must have at least 10,000 followers as well as a few other requirements. Lund didn’t mention if he was a part of the fund, but he would most likely be accepted if he were to apply for it.

Much like everything else, COVID-19 has had a huge impact on a lot of people’s growth on TikTok. The app’s growth owes a lot of its success to the worldwide pandemic. With people being stuck in the house, at times there was nothing better to do other than to start uploading or watching TikTok videos.

Lund gained his most followers in October of 2020, gaining over 230,000 followers, while also reaching 4.2 million likes in that month alone.

Lund has already hit the 1 million follower mark. His growth has slowed a bit since then, as he’s gained only 200,000 followers in the past year.

“If your content is quality, then people will stay with you. And this guy seems to know what he’s doing,” Hendricks said.

Although his growth has slowed, Lund is still posting videos that go viral on the app. He has had two videos in the last month alone that have surpassed 1 million views.

“The key is paying attention to your analytics and knowing when your audience is most likely to be on the platform and looking for your content,” Hendricks said. “But also as you push out content, see how they respond to it, so you need to check it on a regular basis.”

Hendricks believes that Lund will continue to grow.

“It may be a matter of the next big thing on TikTok that he’s able to capitalize on and just put out there in a way that resonates with his audience,” she said.

Lund posts frequently, but he doesn’t post every day like many other popular social media personalities do. But Hendricks doesn’t see an issue with the lack of posting.

“One good TikTok is probably better than two or three mediocre ones,” she said.

When asked where he sees all of this social media popularity going Lund said, “Nowhere, I don’t actually enjoy social media.”

For someone who doesn’t enjoy social media, Lund sure is good at it.