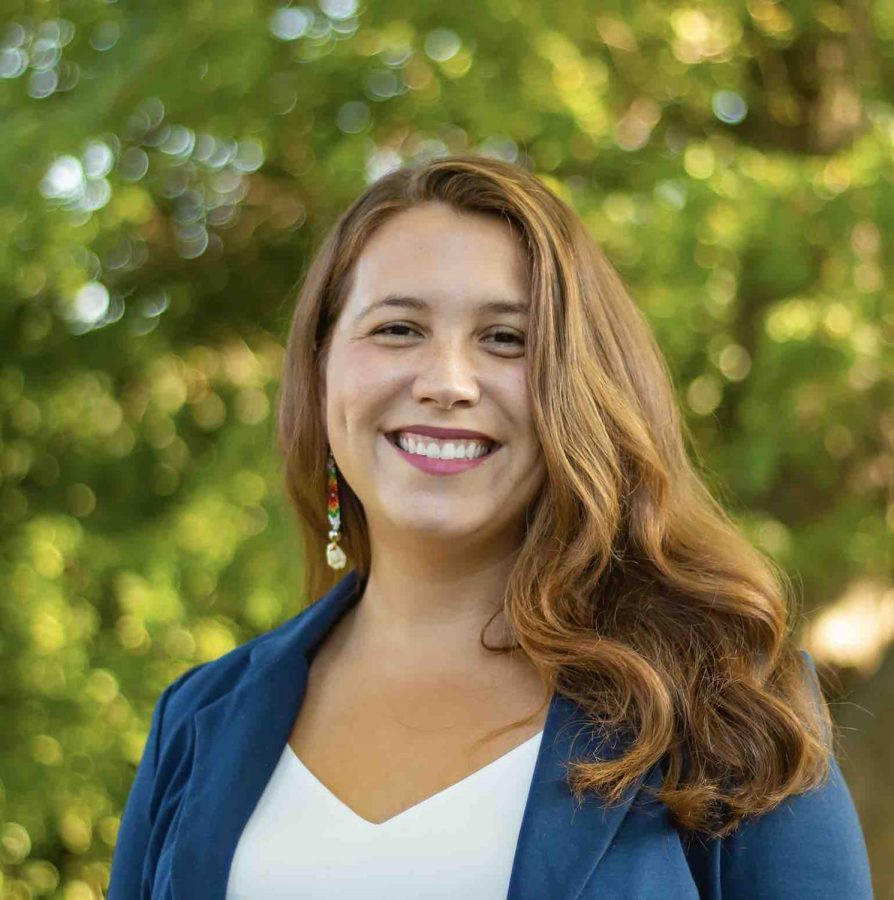 Since 1991, Lakota language has been taught on South Dakota State University’s campus, but now —in collaboration with Indigenous communities— the School of American and Global Studies is making strides in its Lakota language revitalization efforts.

“It was really important to us, and we very intentionally chose to merge those two departments because we wanted to bring American Indian Studies [now American Indian and Indigenous Studies] and Lakota together,” director Christine Garst-Santos said, as the two were previously housed in different places. This change made SDSU’s effort to play a role in Lakota language revitalization much easier.

Today, students can study Lakota up to the 202 level, and the credits apply for SGR #4, the B.A. language requirement and a Workplace in Cultural Competence certificate. Garst-Santos says they are looking at adding a Lakota Language certificate in the near future, and one day, possibly a minor.

The revamping of Lakota language at SDSU is in its infancy stage, but the program is growing rapidly. Because SDSU didn’t have a Lakota language instructor on campus, there weren’t many students involved between 2012 and 2019. The low was having only three students enrolled in the 101-level class in fall of 2018; this semester there are 12.

“I don’t think we’ll have a problem getting [student] numbers,” Tasha Hauff, Lakota professor and revitalization specialist, said. “But the trick is finding teachers.”

Hauff was hired into the new tenure-track position this school year but was also an online instructor last year. With an undergraduate background in English literature and German and a Ph.D. in Ethnic Studies, she has done a lot of research with Lakota revitalization.

Her grandmother was fluent in Lakota but never taught her children, and Hauff herself was always interested in contemporary literature in Indigenous languages—but there aren’t very many new texts in Lakota.

“There’s a lot of oral histories…but people are writing novels in their [other] languages or poetry…and there’s a little bit happening in Lakota, but not very much.”

Hauff cited some differences between Lakota (which she considers herself to be proficient in) and other languages, such as with her German—the writing system being one. In German, for example, there is some shared English vocabulary. But the contextual and colonial differences are huge, she said, pointing to the fact that if she didn’t learn German, the language wasn’t going to go away.

“There’s also a country called Germany,” she said, and centuries’ worth of reading materials, songs, films, etc., and other media to consume to help people learn it. “(German’s) not threatened. It’s not endangered.”

It is also difficult to teach and/or learn a language without the immersion aspect or without being surrounded by people who speak it.

“But it is possible,” she said.

Like Hauff, Garst-Santos also has a personal history with language. Her grandmother was part Spanish and part Mexican, but didn’t teach Spanish to her children because of discrimination.

“I really identify with folks who are trying to reclaim their language and culture,” she said. Garst-Santos is also “super excited” to study Lakota and plans to sit in on classes next year. She believes that everyone who lives and works in South Dakota should know something about Oceti Sakowin languages and cultures.

“Culture is embedded in language, and language is embedded in culture,” she said. “Language study helps develop intercultural competency. As a land grant university, part of our mission is to serve the communities around us through teaching, research, and outreach. This work, our land-grant mission, includes languages and cultures.”

Garst-Santos said tribal communities guide their outreach work, which includes collaborations with Elders and tribal members on different language projects, such as those with St. Francis Indian School and Red Cloud Indian School.

“We let them tell us what they need from us,” she emphasized. “When it comes to language revitalization in the communities, it is the [Indigenous] communities that are driving it.”

For Hauff, proof of a successful program is having the students take the skills they learn in class and use them to continue learning from the Elders and those others fluent in the language.

Part of the Lakota program restructuring process will involve working with fluent speakers to create an evaluation and assessment system that will set parameters for proficiency levels, a task Hauff hopes to begin this spring. Garst-Santos said her goal was to have Lakota be “on par” with and at the same academic standing with other languages offered at SDSU.

“Learning Lakota is just as important as learning any other world language,” she said. The program is also collaborating with UND and USD to grow Lakota recognition at the university level.

“It’s better for everybody if we work together,” Hauff said.