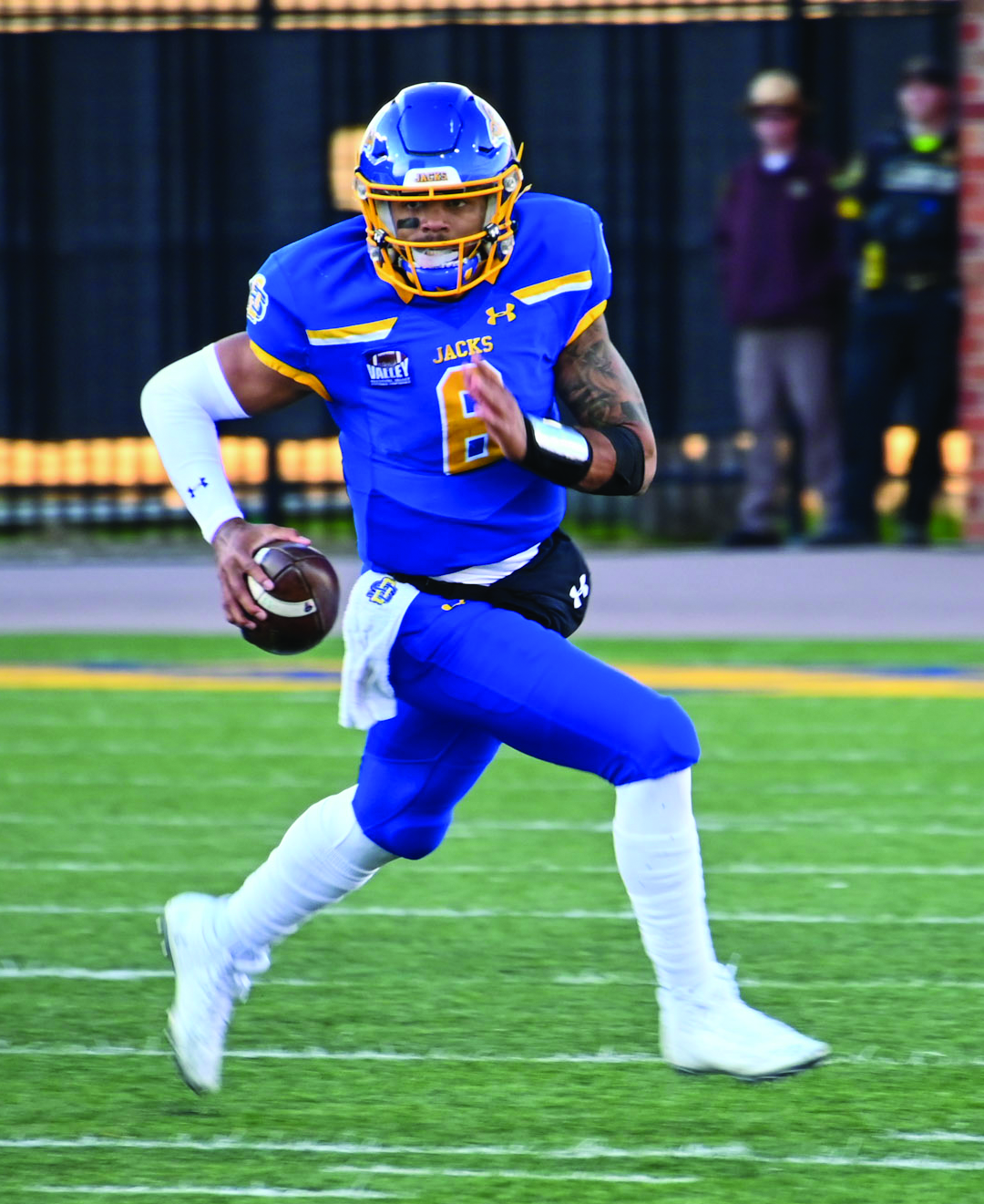 The South Dakota State Jackrabbits are back on the road this weekend as they travel to Ohio to take on Youngstown State Saturday, Oct. 30.

Following a tough Hobo Day loss to Northern Iowa, the Jackrabbits hope to rebound against a struggling Penguins team.

Here’s what to look for from each team heading into the game.

After their 26-17 loss against UNI on Hobo Day, the Jackrabbits fell to tenth in the Stats Perform FCS poll.

Heading into last Saturday’s game, the Jacks had scored 40 or more points in every game this season.

Still, SDSU leads the MVFC in total offense, averaging 41.7 points per game. They also have one of the top defenses in the conference, where they are ranked third in points allowed at 17.4 points per game.

Now at 5-2 and 2-2 in the Missouri Valley Football Conference, home-field advantage throughout the playoffs is now out of the question, and they may have to fight just to make the postseason.

Looking ahead, the Jacks will face their toughest opponent next weekend as they return to Dana J. Dykhouse Stadium for the annual Dakota Marker game against North Dakota State.

“I think we’re looking forward to having a chance to play better, whether we’re home or not, ‘’ said SDSU coach John Stiegelmeier. “There’s a lot of stuff ahead of us that we can still accomplish.”

Led by second-year head coach Doug Phillips, the Penguins (2-4, 1-3) are ninth in the Missouri Valley.

Their season began Sept. 2 with a 44-41 overtime win against Incarnate Word. They then took on Big Ten opponent Michigan State Sept. 11, losing 42-14.

After two more losses to Western Illinois and UNI, the Penguins had their homecoming game Oct. 9 against Missouri State, and won 41-33. The Penguins’ latest outing was a 28-17 loss to Indiana State Oct. 23.

Offensively, Youngstown State averages 26.3 points per game, and are ranked second in the Missouri Valley in rushing, averaging over 240 yards a game.

Looking ahead for the Penguins, their final three games are against North Dakota, No. 2 NDSU, and No. 4 Southern Illinois.

“It’s a great challenge,” Phillips said about facing SDSU. “That’s why you play football, you go out, prepare, and play against the best teams in the country. And we get to do that every week.”

Offensively, the Jacks struggled to run the ball against the Panthers last week. Running back Pierre Strong Jr. had his lowest rushing total of the season with only 53 rushing yards on 14 carries.

Strong is still fifth in the FCS in rushing yards, though, with 823 yards on the season.

Quarterback Chris Oladokun put together a solid performance against UNI. He finished 24-53 for 300 yards and a touchdown.

On the receiving end, Tucker Kraft and Jaxon Janke each eclipsed over 100 yards last week. Kraft is also the team’s leading receiver with 459 yards on 37 receptions and four touchdowns. Jaxon Janke is second in receiving yards with 439. His twin Jadon leads the team with six touchdown catches.

On defense, Adam Bock is the team’s leading tackler with 32. Caleb Sanders and Reece Winkelman are tied for the team lead in sacks with 4.5 each.

Last week the SDSU defense missed some key starters, as all-Americans Don Gardner and Logan Backhaus, as well as Quinton Hicks were all inactive due to injury.

Offensively, the Penguins have one of the top rushing attacks in the MVFC.

Leading the charge is running back Jaleel McLaughlin, who is tenth in the nation in rushing yards with 726 on 113 carries and eight touchdowns.

Quarterback Demeatric Crenshaw is 68-114 for 569 yards, four passing touchdowns and four interceptions on the year.

For receiving, four YSU players have over 100 yards receiving on the season. Andrew Ogletree is the team’s leader in receptions and yards. He has 18 catches for 159 yards. Bryce Oliver and Jorge Portorreal each have two TD receptions.

On defense, the Penguins’ leading tacklers are Grant Dixon and Jordan White, who each have 39. They both also have two interceptions on the season.

The Jackrabbits have won eight of their last 10 matchups with the Penguins. Here’s a look at the previous 10 results.