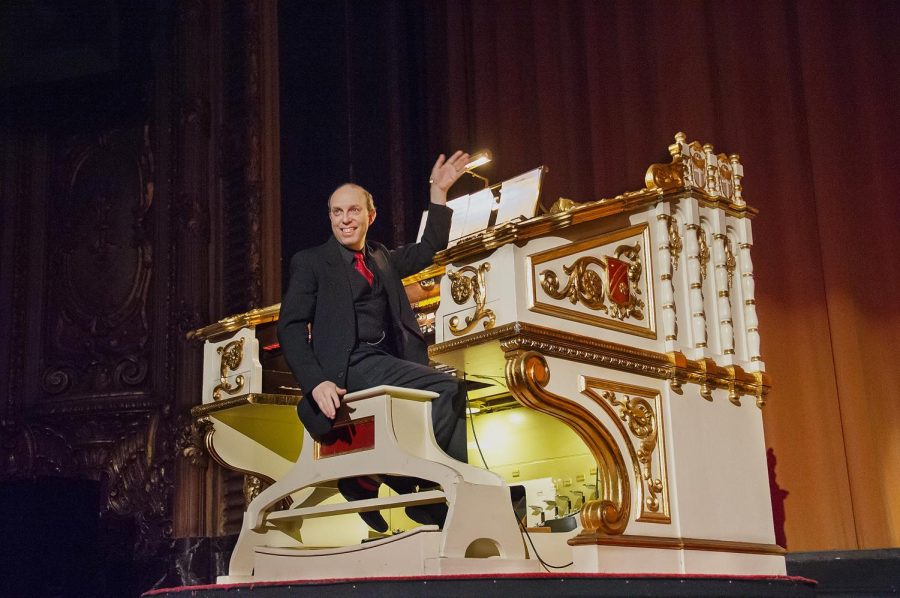 Famous organist Ben Model is bringing “The Phantom of the Opera” silent film to life in a performance that combines history with music and the “spooky” feeling of Halloween.

The 1925 horror film “The Phantom of the Opera” was directed by Rupert Julian and stars Lon Chaney as the title role. The phantom is “a disfigured eccentric genius,” as Britannica’s online encyclopedia describes, who lives in a lair underneath the Paris Opera House as he secretly coaches the aspiring young opera singer Christine Daaé.

Although many people know the 1986 musical by Andrew Lloyd Webber and subsequent 2004 film directed by Joel Schumacher, audience members should not expect to hear the same familiar music during this showing.

“I avoid recognizable music because it winds up calling attention to itself and to me,” Ben Model said about accompanying the film. “I don’t want to do anything that might pull everyone’s attention out of the world of the movie back into where they’re sitting. The idea is to support the movie and help fuse the audience’s imagination up into the film so they can go on the ride with it.”

Model is one of the world’s leading silent film accompanists and silent film historian, and he learned the tradition of improvisation from Lee Erwin, who was a movie organist during the silent film era.

Improvisation is one of the main ways films were live-scored in the 1920s, so in the spirit of history, the audiences this weekend will hear completely original scores by Model, and the performances will be slightly different from each other.

“It’s a magical step back in time—a chance to find out what it was like at the beginning of film,” Reynolds said.

The rise of having live musicians play during silent films came from the end of what’s known as the vaudeville era. According to PBS, vaudeville shows became a popular form of entertainment in America in the 1880s. Performers traveled across the US in troops, showcasing their variety of talent with opera singers, jugglers, dancers, magicians, poets, comedians, contortionists and the likes.

But once motion pictures took off, vaudeville houses became movie theaters with spaces in the front for live musicians to accompany the films. Sometimes they were multipiece orchestras, other times a simple pianist or organist who often improvised the music.

Model will also be giving a free demonstration to SDSU students on how to accompany film, showing his scoring process by accompanying a Buster Keaton comedy short and talking about what it would have been like for musicians a hundred years ago. This demonstration will be Friday at 2 p.m.

“What I call ‘audience preservation’ is a big part of my mission statement when it comes to silent film,” Model said, “and introducing the medium to university-age students is always a lot of fun.” He is also looking forward to bringing the silent film experience to Brookings.

“I think that using the…organ for a live film score will help folks see the pipe organ as an instrument that can be used beyond what they assume it’s used for in church or classical concerts,” he said. “I’m really looking forward to this.”

Performances are Oct. 29-30 at 7:30 p.m. and are open to the public. Tickets prices are $27, and they can be purchased online at woodbineproductions.com.