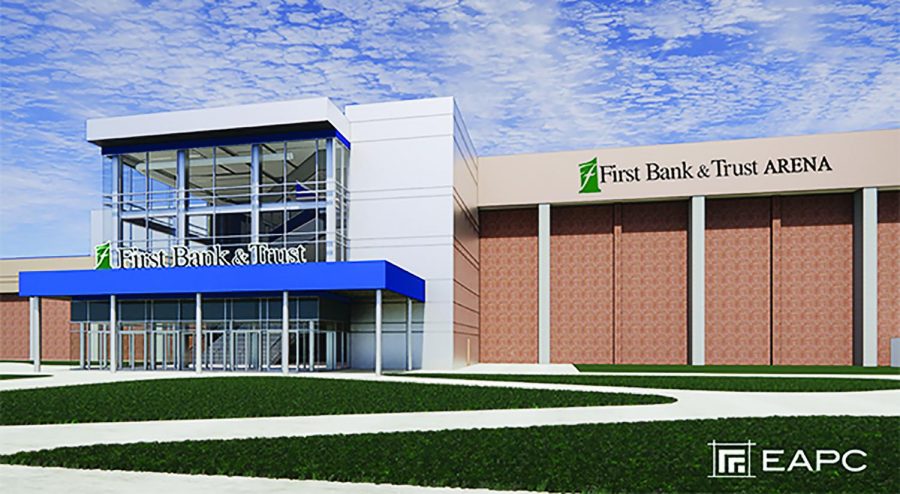 A record gift from First Bank & Trust will help pay for the $50 million renovation of Frost Arena.

South Dakota State University Athletics announced on Monday plans to start the renovation and unveiled the venue’s new name: First Bank & Trust Arena. The company’s $20 million gift makes it the lead donor for the project and the largest the school has ever received.

The proposed facility still needs to be approved by the South Dakota Board of Regents. Once approved, it is estimated that it will cost $50 million in total.

First Bank & Trust was founded by the Fishback family. They are longtime supporters of SDSU athletics and the university itself. The business is headquartered in Brookings and is the largest privately held bank in South Dakota.

“We believe this investment will revolutionize the fan experience on gameday,” said First Bank & Trust President Kevin Tetzlaff, who was a star SDSU football player from 1988-91. “It will also provide a first-class venue for all the various events to be held at South Dakota’s largest university here in our organization’s hometown.”

Athletic events will continue to be played at the arena while the renovations are taking place. Capacity will drop from 6,500 to 5,500 because of the additions of premium seating areas, a bigger concourse area and new and improved locker rooms.

Along with that, there will also be new video board and display systems, enhanced sound systems and improved restrooms.

“We’ll have a brand-new entrance on the southeast corner that will lead into a massive new concourse,” Athletic Director Justin Sell said. “We’ll have a club room on the south side, and we’ll have some suite options. We’re going to do some really special design stuff for our students and our pep band on the west side and make it a real homecourt advantage for us. I’m really excited for the different elements that are going to be a part of this building.”

Frost Arena was named after former SDSU athletic director R.B. “Jack” Frost and was unveiled to the public in February 1973. It cost $3.685 million to initially construct. Prior to Frost Arena, sporting events on campus were played at The Barn, built in 1918.

By the numbers:
$20 million donation from First Bank & Trust