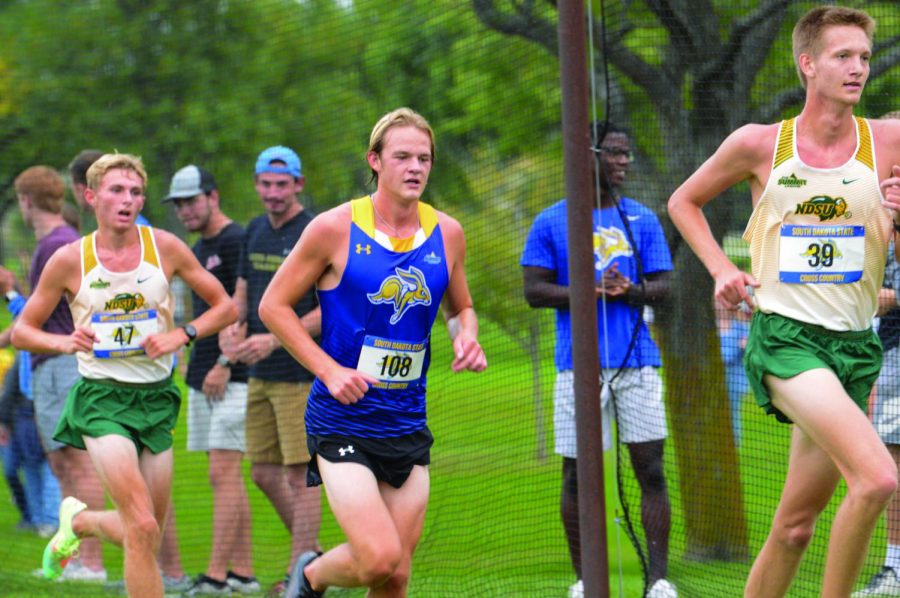 The South Dakota State cross country teams hosted their lone home meet of the season over the weekend, the SDSU Classic. Both the men’s and women’s teams performed well. Here’s a look at what happened Friday.

The men’s cross country team put together an impressive performance, with Jackrabbit runners occupying the top five positions, finishing with a perfect score of 15 points. Junior Ben Olson led the way, winning the individual title with a final time of 24:59.74.

Other Jackrabbits who finished were freshman Cody Larson, who recorded an impressive outing with a final time of 25:31.39, finishing in the sixth spot. Michael Schwinghamer wasn’t far behind at 25:32.81.

Up next for the Jackrabbits is the Roy Griak Invitational in Falcon Heights, Minnesota, Sept.  24.

The South Dakota State women’s cross country team saw an impressive performance from Leah Hansen as she won the individual title. Hansen, a sophomore, was battling with Ellyssa Peterson from the University of North Dakota, eventually placing first in 17:56.91.

Cailee Peterson, who made her season debut, did not disappoint. She placed third with a final time of 18:13.92, which bettered her personal best by 34 seconds. Jessica Christoffer finished sixth overall in 18:27.91.

North Dakota State would finish third with 51 points, while Sioux Falls would finish a distant fourth with 88 points.

Up next for the Jacks is the Roy Griak Invitational Sept. 24 in Minnesota.