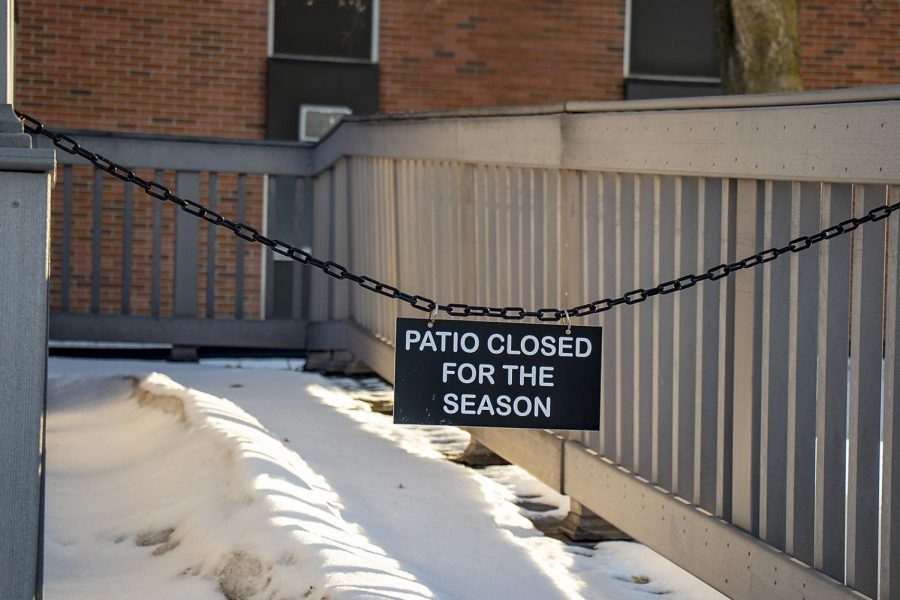 At the end of the spring 2017 semester, the psychology and sociology departments were moved into the basement of Hansen Hall from Scobey Hall due to the poor conditions like mold and leaking ceilings. The move was meant to be temporary until a permanent solution could be found.

Four years later, these departments are still there.

Hansen Hall is currently inaccessible for wheelchair users or others with certain disabilities because it lacks an elevator. The two departments consist of 24 faculty members, and all but four have office spaces in the basement. Along with the offices, two classrooms are in Hansen’s basement for the departments to use.

“The one classroom is only used for psychology,” Rebecca Martin, interim head of the psychology department, said. “It is used for the research methods labs, and then it would have to be a class that has 30 or less students, which most psychology classes are bigger than that.”

Additionally, the ramp located on the north side of the building has been “closed for the season” for the past three weeks, further limiting options for wheelchair access.

Martin says that this location has proved detrimental to both student and faculty morale.

“Students don’t like Hansen any more than faculty do,” she said. “There’s nothing attractive about it, you have no windows of any kind, it’s very drab color wise. This is basically environmental psychology here: when you work in a building with drab colors and no way to see what’s going on in the world outside, it tends to negatively affect people’s moods, their morale.”

Many of the members of her department would rather return to Scobey, as Martin says, “the offices were bigger, and you had windows.”

The psychology and sociology departments are not the only ones that are inaccessible. The Division of Education, Counseling and Human Development has been in Wenona Hall on the west side of campus since the 1990s, according to department head Jay Trenhaile. Wenona Hall also has no elevator access.

Why is this a problem?

Students with disabilities make up roughly 19% of undergraduate college students in the nation, according to the National Center for College Students with Disabilities. There are also approximately 300 students on SDSU’s campus who have disabilities, and that only includes those who choose to self-identify.

Though Martin said that, to her knowledge, there are no current psychology students with mobility disabilities, they have struggled with finding solutions to temporary disabilities in the past.

“We did have a faculty member … two years ago now … he was outside and fell and broke something in his leg,” she said. “He was not able to traverse stairs, of course, so he ended up just staying at home.”

Another solution would be to move faculty to temporary offices on a different floor or even different building; this is also not ideal, however, as Martin says they would be away from the rest of the department and their colleagues.

“I would feel excluded if it was me, personally,” she said.

Why is this still a problem?

Most of the buildings with the least accessibility on campus are located on the west side of campus, where the oldest current buildings were constructed in the 1900s. The process of adding aides like elevators to these buildings would be expensive.

“I understand, it would cost a lot of money to put an elevator in (Hansen),” Martin said.

Other reasons often depend on the situation, the individual and the school itself, but inaccessibility in a building can stem from historical preservation, lack of funding and more.

“The thing with the ADA is that everything is kind of on a case-by-case basis,” Kendra Eichten, the school’s Americans with Disabilities Act (ADA) coordinator, said.

Another constraint to updates is the role of safe harbor provisions.

The 2010 ADA Standards for Accessible Design is the set of guidelines to ensure accessibility in a building. Currently, it contains a safe harbor provision that states any elements that have not been altered since March 15, 2012 and comply with the specifications set by the 1991 ADA Standards, do not have to be updated to fit the newer guidelines. Because of this, buildings that haven’t been updated since 2012 are not legally required to meet most current ADA guidelines.

How does the school usually address similar problems?

Eichten said that if a student or staff member cannot reach an office or building due to disability, she and the Office of Diversity, Inclusion, Equity and Access will work with them to find a suitable alternative.

“We’ve had some students who utilize a wheelchair, and their class was in the lower level of Hansen Hall,” she said. “So, what we do, between the faculty, the student, the register’s office and sometimes the disability services, is that we will work together to find a new location for that class. The entire class gets moved.”

This is better than what Martin says she was told would be the solution back in 2017 when her department first moved.

“(Human Resources) would have someone come over to the building to carry them down the stairs, and up the stairs,” she said.

The school is required to provide auxiliary aids, like interpreters, captioning, wheelchair-accessible aisles and other solutions, to students, faculty and staff on campus, according to Section 504 of the Rehabilitation Act of 1973.

Williams said the Campus Planning and Sustainability Committee, which discusses plans for future renovations, new building projects, signage and art, sustainability plans and more, is charged with reviewing plans for ADA accessibility and compliance across campus.

“They do the master planning for the campus,” she said.

Though Martin said she has heard rumors of possible new locations for the psychology and sociology departments, nothing has been made official as of now.

She also added that those in Hansen have been trying to get administration to find them a better location “every year” since they were first moved.

“There’s sort of a chain of command to some extent. The dean is reminded on a regular basis,” Martin said.

Despite these discussions and the efforts of administration like Williams and Eichten, Martin is not optimistic that her department will be moved to a more accessible location any time soon.

“Nothing’s happened in the last four years,” she said. “There’s been no changes, there’s not going to be any changes as I’ve been told.”

Still, the disabilities services office and multicultural center are working to continue conversations about accessibility on campus.

“Their rights are also civil rights,” Williams said. “There’s a social justice piece, and that’s the part that we tap into here on campus, we have to appreciate how all of this is all our civil rights.”