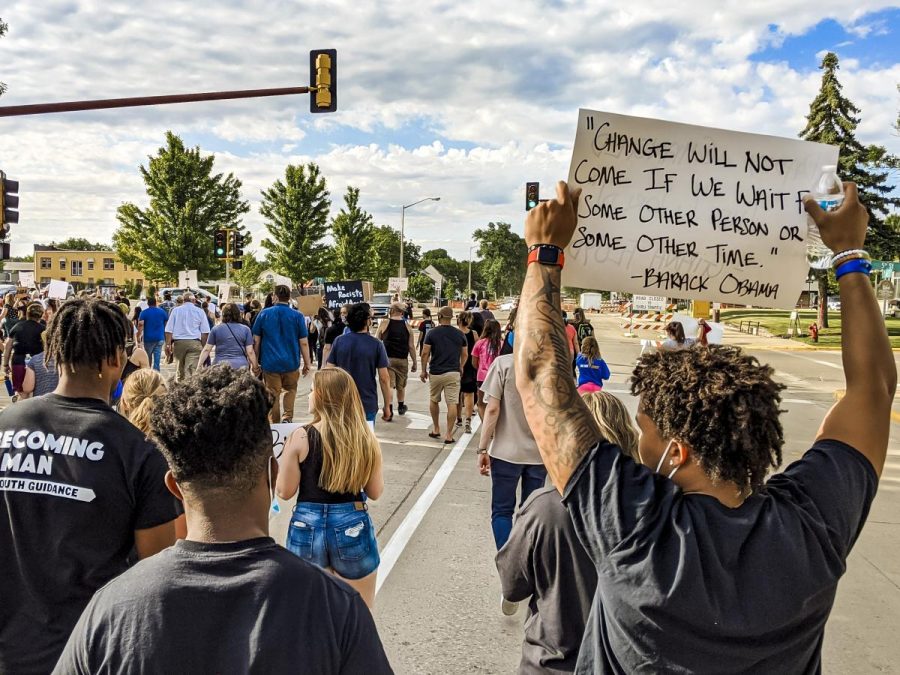 February marks the celebration of Black History Month in America, and the Black Student Alliance has planned events and speakers in honor of the month.

With the Black Lives Matter movement becoming more prevalent after the events of last year, some BSA members believe this February offers a chance to delve into complex issues and discussions, and some of this year’s events deal with specific concerns of the Black community, both internal and external.

“We have a couple people that are going to be coming to talk about various areas of black issues that don’t get talked about enough,” BSA President Naomi Wynn said. “We want to have enough events to make use out of February.”

Armondo Collins, an African American studies professor from University of North Carolina  at Greensboro, will discuss how racism can be influenced by both skin color and gender, at 3 p.m. Wednesday, Feb. 17.

“I think we still need to have those conversations, understand why people may feel the way that they do or that they’re still obviously fighting hard for certain things,” Alex Wood, the retention adviser for African American programs and the BSA adviser, said.

Another event at 2 p.m. Tuesday, Feb. 23 will cover colorism, or discrimination within a racial or ethnic group against those with darker skin, during the February CommUNITY meeting.

“I think it plays a bigger role than what people want to admit, because I think it’s just one of those natural biases that people have is the perception of what they see and how they perceive people,” Wood said. “It allows people to maybe check their own biases.”

BSA has plenty of other events planned, as well. The BSA Comedy Show at 7 p.m. Friday, Feb. 5 kicks off Black History Month with comedian Kiry Shabazz. The annual Step Show will occur at 7 p.m. the next day, marking the 18th year the event has taken place at South Dakota State University.

Though the event cannot be held in person, students are welcome to watch via Zoom.

These events, according to Wood, are important because they provide a way to keep conversations going about these topics, as well as honoring contributions made by Black individuals.

“We want to continue to keep the conversation going so that it doesn’t fade away,” he said. “A lot of people want to focus on the celebration side, I think we need to always dig deeper.”

Wynn sees events like these as an opportunity to show under-represented groups, especially at SDSU, what is available to them and what is possible to achieve. She also believes that not only is celebrating Black History Month an important step, but understanding and appreciating what it means is necessary, too.

“If you’re going to be part of the conversation, realize that the goal is not to … change (someone’s) mind, it’s getting people to just open up and share and understand we might have a difference of opinion,” Wood said.

Wynn agrees, and said that the main goal of these events is to educate.

“There’s not an African American studies course here at SDSU or in the state of South Dakota,” Wood said. “So, we want to help educate people that want to get educated, but don’t have those resources to do that. It’s really hard to just google ‘what is social inequality?’”

She also hopes that Black History Month can be a “stepping stone” to increase knowledge of Black students’ own history.

Hanna Bricker, the public relations chair for BSA, believes that, especially for non-Black students, it’s important to listen and learn from what these events are trying to say.

“They have the ability to [learn on their own], especially if they’re on campus, because I feel like at this point ignorance is a choice,” she said.

SDSU itself can be partially thanked for the success of month-long programs like Black History Month. According to Wynn and Wood, the university has been a huge supporter of the BSA’s programs, as well as supporting other minority organizations.

“President Barry Dunn, he’s a huge supporter,” Wynn said. “We’ve had a lot of conversations; he’s always hopped into one of our meetings at least once or twice a semester just to see how we’re doing.”

Bricker, however, believes that there is still more the school can do for its minority students, especially concerning discrimination and harassment on campus.

“Incidents continue to occur, we’ve seen them this year, we’ve seen a clear pattern and record of them happening, and even with diversity training and steps from President Dunn and the university, something’s still not clicking,” she said.

In terms of upcoming BSA events, Wood said he is looking forward to what the organization has in store, particularly the Health Professional of Color Panel in March. BSA will also be participating in the Tunnel of Oppression event in April, which will discuss some of the hidden history of Black people in America apart from slavery.

For any students interested in supporting BSA or helping in the future, Wood says just asking how to help can be enough.

“That’s the biggest thing, is just saying, ‘hey you know, being an ally and advocate just means I’m willing to step up and be a part, because my voice is going to be heard in other ears where maybe yours is not,’” he said. “When you’re looking at having these conversations, in order to make any type of change, it’s going to take more than those just asking for change.”