How is it almost March again? 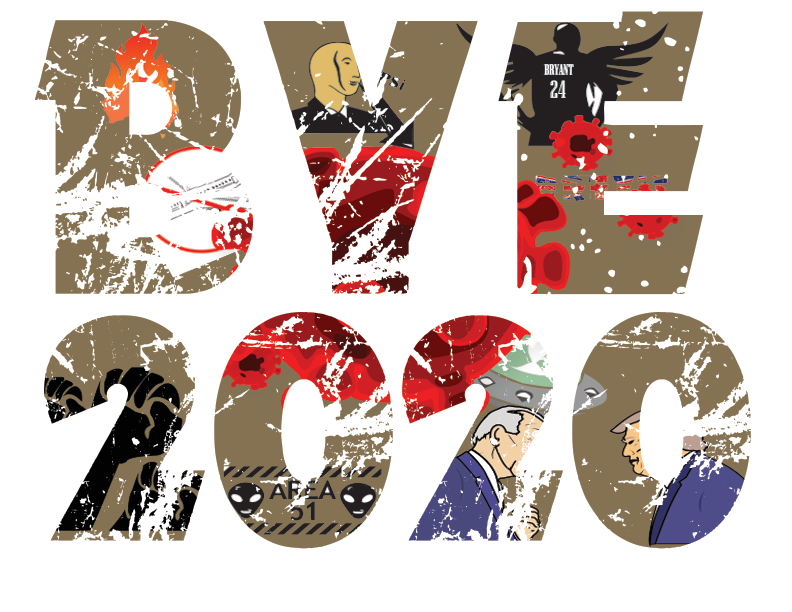 Now that 2020 has finally come to an end, it’s easy to forget just what all happened during last year’s “unprecedented times.” Here’s a wrap-up of some of the major events of 2020, both in South Dakota and worldwide.

Jan. 22: China locks down the city of Wuhan to try and contain the spread of COVID-19. At the time, the city had 500 infected citizens and 17 dead.

Jan. 26: Former Los Angeles Lakers guard Kobe Bryant and daughter Gianna are killed in a helicopter accident, along with the pilot and other six passengers.

Feb. 5: President Trump is acquitted of abuse of power and obstruction of Congress by the Senate following a nearly month-long impeachment process.

Feb. 6: The first COVID-19-related death occurs in the United States. This would not be confirmed by the CDC until mid-April.

Feb. 23: The first major outbreak of COVID-19 in Europe occurs in Italy with 152 cases and three deaths.

March 11: The first five cases of COVID-19 are confirmed in South Dakota and includes one possible death.

March 12: South Dakota Board of Regent schools extend Spring Break until March 23 due to COVID-19 outbreaks.

March 13: Breonna Taylor, a Kentucky ER technician, is shot and killed by police officers in her apartment after executing a no-knock warrant for her ex-boyfriend, Jamarcus Glover.

March 24: SDBOR announces that classes will be held online for the remainder of the semester.

April 9: Sioux Falls meat-processing plant Smithfield Foods Inc., shuts down for three days after an outbreak of 80 positive cases among its employees. This was later increased to 14 days.

April 24: Some South Dakota tribal reservations establish travel bans to prevent the spread of COVID-19 throughout their communities.

May 1: Armed protesters gather at the Michigan capitol building after the governor reinstates stay-at-home orders.

May 25: A video of George Floyd being restrained and subsequently killed by a Minneapolis police officer goes viral, sparking nationwide protests.

May 31: A protest march occurs in Sioux Falls for Floyd. Riots were later started near the Sioux Empire Mall, resulting in Gov. Noem declaring a brief state of emergency.

June 18: The U.S. Supreme Court votes to sustain the Dreamers Program (DACA), allowing children of undocumented workers/refugees the ability to live and work in the country without being deported.

Aug. 6: The Sturgis Motorcycle Rally begins, lasting until Aug. 15. A surge of COVID-19 cases in the state follows.

Oct. 31: SDSU Jackrabbits play the Hobo Day game against themselves in a practice scrimmage. This is the first Hobo Day since WWII where no parade took place.

Nov. 7: Biden is officially declared the winner of the 2020 presidential election four days after Election Day.

Dec. 2: U.S. Attorney General William Barr says no evidence of widespread voter fraud during the 2020 election has been found.

Dec. 11: The U.S. FDA authorizes the Pfizer/BioNTech vaccine for emergency use.

Dec. 15: South Dakota receives the first COVID-19 vaccinations to be used in the state.

Dec. 18: Moderna vaccine authorized for emergency use by U.S. FDA.

With the new year, comes new historic moments, celebrations and the opportunity for a fresh start. 2020 was a weird year and challenging for all. Here’s to 2021, the bar is pretty low.