Change offensive names and mascots, but let fans have their fun 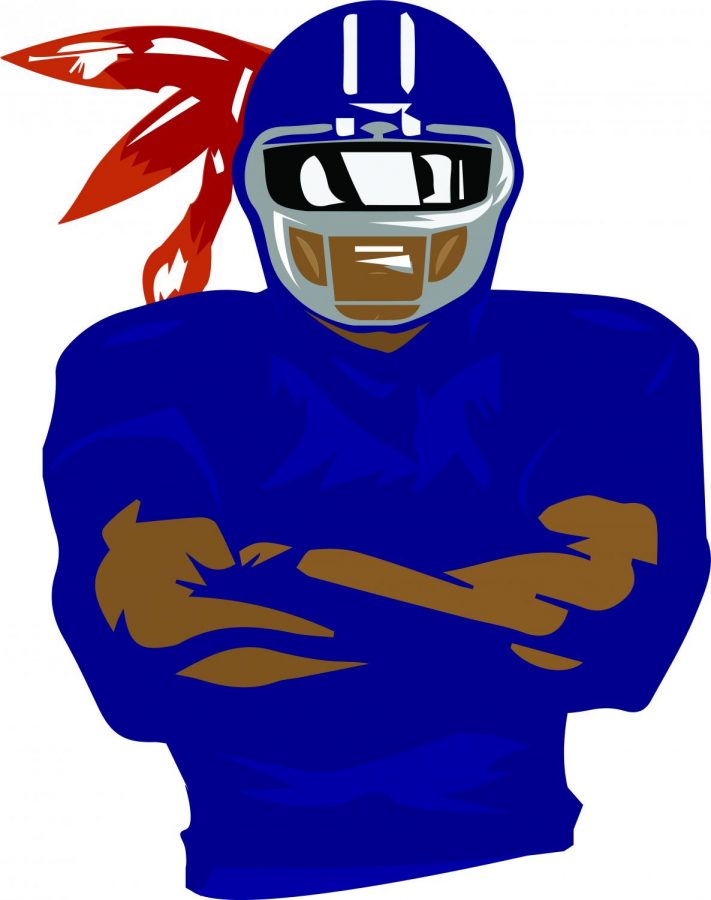 names and symbols have always been a part of United States sports teams at the professional, collegiate and high school levels. But teams are now changing their identity in response to the increasing protest.

My opinion on Native American references in sports is mixed. Fans wanting to use certain celebrations to cheer on their team is not offensive to me. It’s just fans having fun at the game.

But, if racial names and logos are used in sports, get rid of them. I don’t care if fans have the best intentions not to be racist; the brands are still racist.

The most recent example of a racial name change was earlier this year when the Washington NFL franchise decided to part ways with the Redskins mascot after 87 years.

This was part of the wave of racial name changes in the aftermath of George Floyd’s death.

I always used to think, “What’s the big deal? Who cares what a sports team’s nickname is?” But after hearing the news of Washington’s name change, I came to understand why it happened.

Considering the world we live in today, I’m surprised Washington didn’t change their name sooner. The team saw plenty of criticism over the years because the term “Redskin” was seen as offensive and insulting to Native Americans.

The term entered broader use in the English language early in the 19th century as a racial slur used to identify Native Americans.

So, I fully understand why Washington decided to rebrand its football team.

Another recent racial change in sports was the beginning of last year when the Cleveland Indians removed their Chief Wahoo logo from uniforms.

People perceived the logo as racist, and I agree. The symbol is a racist caricature of Native Americans. I’m glad to see the Indians retire the emblem. However, I don’t have a problem with the team’s name.

For the same reasons as the Washington name change, I get why the Indians parted ways with their logo.

But I can’t figure out how a simple fan celebration, such as the famous tomahawk chop, is racist or offensive.

The tomahawk chop was started by Florida State Seminoles fans in the late 1980s and later adopted by fans of the Kansas City Chiefs and Atlanta Braves in the early 1990s. Some have always viewed the chop as racist and a misrepresentation of Native Americans.

My stance on it: let the fans have some fun.

Fans are not intentionally trying to be racist. They don’t insult or misrepresent anyone, and they are not making fun of Native American culture.

They are fans rooting for their favorite team.

Today, people are just looking for reasons to be offended, and I don’t think the way fans celebrate at a sporting event is one of those reasons.

Fans doing the tomahawk chop at a sporting event doesn’t mean anything, so I don’t see the harm in people moving their forearms up and down. It’s honestly not that big of a deal.

I’ll admit that Washington’s former mascot and the Cleveland Indians logo are better left out, but we need to stop looking for excuses to be mad at each other and just let people have their fun.