Any amount of THC concentrate in the state of South Dakota results in a class 5 felony charge, even on first offense 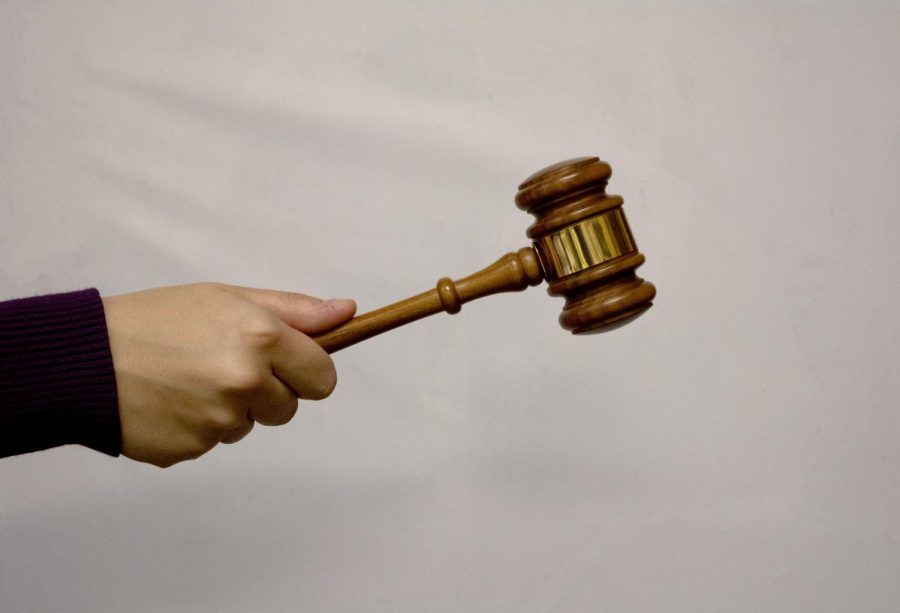 This past February, the laws regarding possession of drugs and controlled substances have changed to account for THC, an increasingly popular substance that can bring with it some serious legal consequences.

Tetrahydrocannabinol (THC) is a compound within the cannabis plant. THC content in concentrates is higher than the flower itself, allowing the user to get higher faster. Many people are drawn to concentrates because it is easy to conceal, and they can smoke without the lingering smell.

“I know people who have been caught with marijuana and THC. They were irresponsible and disobeyed the laws, so they had to face the punishment,” Landen Kuecker, a freshman at South Dakota State University said.

According to Dave Erickson, Brookings chief of police, having drug paraphernalia, objects used to complete a specific task such as smoking, is considered a class 2 misdemeanor, similar to a speeding ticket. An arrest for possession of marijuana two ounces or less is a class 1 misdemeanor, compared to a DUI or assault. Possession of THC, edibles or a controlled substance results as a class 5 felony. Ingestion of drugs has a follow-up procedure, resulting in a class 5 or class 6 felony.

“Criminal cases involving the use or possession of THC are handled like any other illegal drug prosecution,” Brookings County State’s Attorney Dan Nelson said. “The investigating agency submits a report to the State’s Attorney’s office, and we determine whether the facts, as investigated, constitute a violation of state law. If we determine a violation of law occurred as presented by the facts, a criminal prosecution is initiated.”

While both misdemeanors and felonies stay on a person’s record permanently, felonies have harsher punishments: longer jail time, higher fines and fewer freedoms as a result of the charge, like voting, owning firearms and serving in a jury. In some cases, however, records can be sealed.

While in some cases a person’s record is sealed, there are unsuccessful instances in which a person will try to hide what they have, whether it be in their car, in regular objects or in body cavities.

“There’s guys that specialize in finding drugs,” Erickson said. “They do training and there are techniques that they use to try to discover the presence of these drugs in either the person’s possession or that the person has already ingested.”

Some surrounding states have legalized marijuana and THC, which has created easier accessibility to South Dakotans. Because it is more readily available, Erickson said that there has been an increase in arrests in Brookings County.

Nelson, however, has not noticed an increase in the number of felonies.

“Our case volume regarding THC felonies is similar to last year,” he said. “Most individuals arrested for felony offenses involving the use or possession of THC are between the ages of 18 and 25.”

The drug laws in South Dakota are important to know, but many have to learn the consequences the hard way.

“I know of a few laws that relate to marijuana and THC substances, but not enough. Having a felony on my record would restrict me from doing a lot of things later on in life,” Kuecker said. 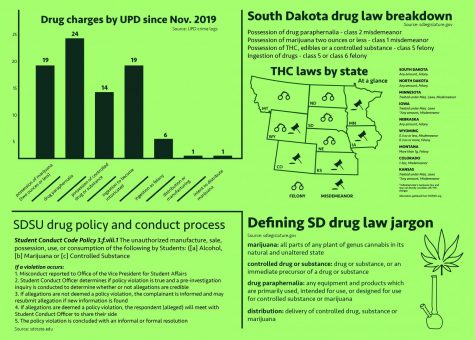