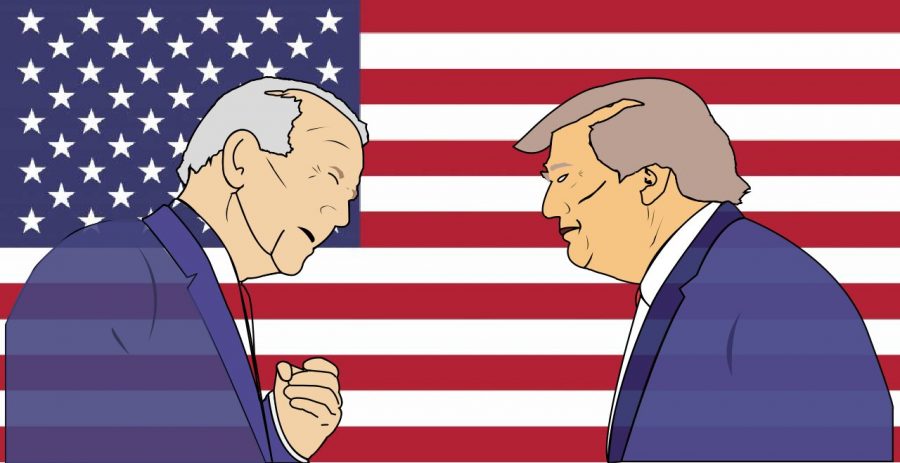 The presidential election of 2016 was widely heralded as the “strangest election of our lifetimes.”  Practically nobody expected a somewhat rash New York billionaire to defy all odds and trample through the GOP’s most experienced politicians and shatter the Democrats’ “Blue Wall” of the upper-Midwest in the general election.

If it were not for the last eight months of this year, with the overthrow of Bernie Sanders in the primary, unrest in America’s cities and the beginning of the COVID-19 pandemic, 2016 may have remained the strangest election cycle in our lifetimes.

However, the stakes are high for this election, and Americans have a lot to digest before they head to the polls or mail in their ballots. What you see is not necessarily always what you get, and both Donald Trump and Joe Biden’s time on the campaign trail holds to this notion.

In 2015 and 2016, Trump energized his base in ways few other politicians dared to do. However, the president has not delivered on everything he said he would get done.

According to Ann Coleman, a political science professor at South Dakota State University, the then-candidate Trump pledged to end funding for sanctuary cities, construct a massive border wall between the United States and Mexico, enact a national right to carry and, much to the dismay of the Washington “swamp,” impose term limits for members of congress.

“I do not think he and a lot of the people understood how the government works,” Coleman said. “The president may have great ideas, but he has to find someone to introduce that legislation. Term limits for congress would have needed congressional support and maybe even a constitutional amendment.”

Coleman also highlighted the president’s use of executive orders to circumvent opposition in the Democratic congress, a process that often leads to a court ruling, like with the controversial travel ban or with the Deferred Action of Childhood Arrivals (DACA).

The most damaging broken promise, however, is likely the GOP’s failure to repeal and replace the Affordable Care Act (ACA), evident by President Trump’s rejuvenated efforts for an “America First” plan just weeks before the general election to save face. But Coleman does not expect the failure to repeal and replace the ACA, or any other policy issue, to affect Trump’s reelection prospects in any major way.

“His damage isn’t coming from broken promises. His damage is coming from Twitter. He is so divisive that you either love him or hate him,” Coleman said, referring to the president’s sometimes controversial statements on the social media website.

Another damaging factor, Coleman said, will likely be the Trump Administration’s COVID-19 response, with some arguing he should have acted sooner.

“He was always critical of Obama’s backtracking of American leadership around the world. Not everyone was happy with how [the Trump Administration] did it, but they have kept America first,” Coleman said. “He has kept America out of foreign wars in the Middle East, he kept his immigration promises, prioritized fossil fuels for energy independence, slashed corporate tax rates and removed onerous business regulations.”

Joe Biden, meanwhile, has a much longer political history to analyze, having first been elected to the United States Senate in 1972.  A multitude of statements he has made during his campaign do not align with what he has said and done in his years in Washington—or even during this year’s primaries.

Biden has been noticeably shaky on his stances regarding fracking, the Supreme Court, China on the word stage and even the touchy subject of reparations. Republicans and moderate Democrats have made the case that Joe Biden is moving to the left to pick up progressive votes at the risk of alienating more moderate voters.

Coleman agrees, saying that while Biden resists the Green New Deal and calls to defund the police, he is pacing to the left to get Bernie Sanders voters on board by embracing progressive ideas like free college.

“If the government is giving you something for free, it’s not free,” Coleman said. “Someone else is paying for it in taxes. Democrats who are fiscally conservative may be turned off.”

But the most weighing inconsistency, says Coleman, is the former vice president’s position on crime.

“He has had to walk back on the 1994 Crime Bill,” she said. “It has caused massive incarcerations of Black Americans and has really affected a lot of lives. People may think he doesn’t have any solid opinions after walking that one back, but I don’t think that’s fair, because opinions can change with information, and politicians should be allowed to change their minds based on information.”

Coleman predicts a closer election than the polls suggest, noting many Trump voters are not necessarily the “likely voters” that are polled. The latest Real Clear Politics polls,  national average shows Biden leading the president by almost seven percentage points, and with the candidates and voting bases as fiercely divided as they are now, policy isn’t likely to matter much.

“People have already made up their minds,” Coleman said, “especially with the candidates as polarizing as they are. A lot of people voting for Biden don’t like Biden. They just really don’t like Donald Trump.”