eSports Club transition into only active sports team on campus 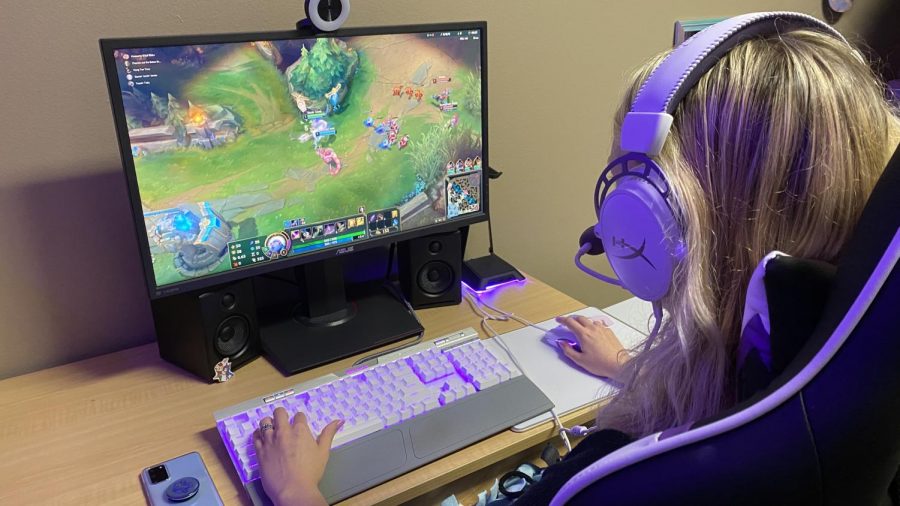 While it’s not the traditional sport people normally think of, esports has become a fast-growing industry, and even in the middle of a pandemic, esports teams are still managing to compete.

Esports is competitive, organized video gaming for spectators; the sport has been growing significantly, with millions of viewers tuning in to watch professional competitions.

“Our club is made up of a bunch of different things,” Vice President Makenzie Turpin said. “We have the club part of it, where it’s just a bunch of people playing random games, and then we have the competitive side of things where we have competitive teams.”

According to the Jacks Club Hub, there are about 100 total members. The club actively recruits for their different teams, who play in brackets against other schools every week during their season.

Unlike other sports, the pandemic has had less of an effect on the club. Players have still been able to play online through their Discord server.

“It really hasn’t slowed the club down,” President Hayley Reed said. “If anything, I feel like it actually helped us, because it has pushed everybody on to our Discord that wasn’t as active before.”

The higher-level teams, however, are not able to travel to some of their competitions due to COVID-19 restrictions.

Other than still being able to compete during a pandemic, esports has many other benefits. Both Reed and Turpin agreed that esports is a great way to meet new people, create more relationships and get more comfortable with SDSU.

Both also mentioned how esports may not be treated like traditional sports, but it does create opportunities for people who like to compete.

“While we don’t have the physical aspect that a lot of other sports require, we still are very much a sports team,” Turpin said. “The competitive esports team is definitely fast-growing.”

Reed added that esports players could be recruited to play professionally after college.

“If you can compete and show yourself competing successfully at the collegiate level, you can be recruited to a professional esports team,” she said.

Esports provides many different opportunities for people looking for a good community on campus. Reed said esports is also for people who play the most basic game or even for people who have never played any video games and want some experience.

“It’s just fun, I’m not gonna lie,” said Reed. “The club is all encompassing, and if you’re looking for something like that on campus, it is right here at the eSports Club.”