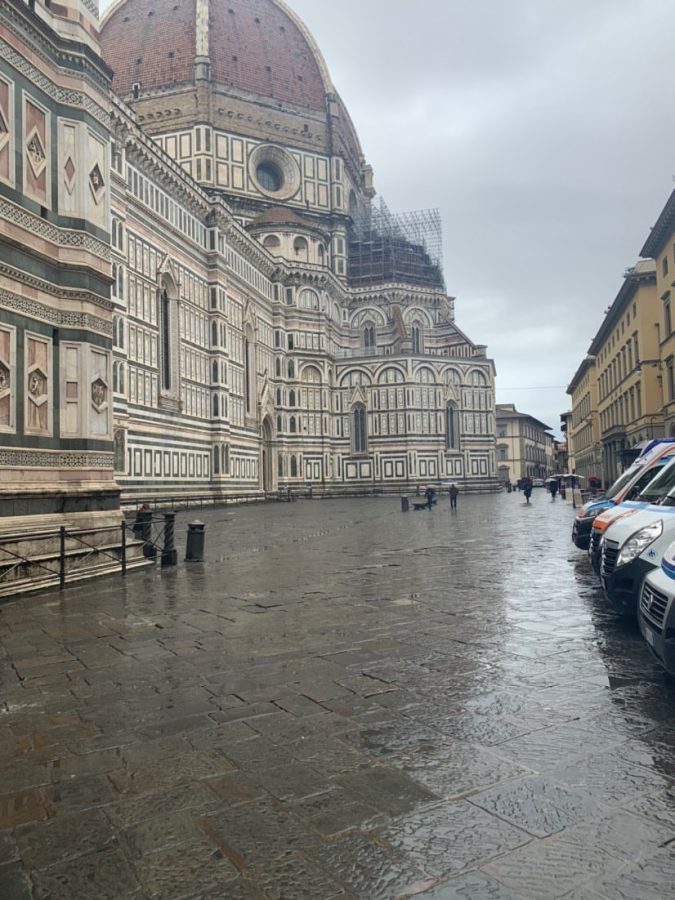 Safety concerns regarding the rapid spread of the coronavirus have led to the cancellation of multiple study abroad programs and uncertainty moving forward.

The South Dakota State University Office of International Affairs (OIA) is working to predict possible options for each study abroad program. However, some programs have already been canceled altogether.

“There are nine programs that are slated to be conducted overseas and three travel programs that are domestic in nature,” Jon Stauff, assistant vice president for International Affairs, said. “Of those 12 together, three of them are taking place in countries that have a level 3 advisory — both Italy and South Korea.”

According to Stauff, the university has been meeting on a daily basis to discuss the issue. Their goal is to be transparent and share as much information as possible with the students and faculty affected.

Josie Nelson, an SDSU student currently studying abroad in Italy, has been greatly affected by the situation.

“Mostly, everyone just wants to be safe. Everyone is tired of talking and hearing different points of view from America and Italy… It’s exhausting,” Nelson said. “Many of my friends (who are in the same program) agreed by saying that even if we did stay, the drama and possible dangers of the coronavirus would make us unhappy, as it already has.”

What started as confusion in Nelson’s program quickly turned into alarming concern, as the cases in Italy skyrocketed in a matter of days.

“We were working with those students last week as the level of infections rose, precipitously, over 40% from one day to the next,” Stauff said. “Rapidly increasing caseloads of people in Italy with the virus, and unfortunately, the situation became such that the programs were canceled for many students in Florence and Italy in general.”

The cancellation, of course, is hitting students hard. However, many were expecting it and some students are even relieved.

“I would rather be home where I know I am safe,” Nelson said. “This experience was supposed to be life-changing, eye-opening or some would say inspiring, but all it has done is left our pockets hurting and our hearts worried for the people in Europe.”

OIA sympathizes with students and is still working with them to achieve the best possible study abroad outcomes.

“First and foremost, I emphasize that our first commitment is to the student’s well being. We don’t want to put them in harm’s way,” Sally Gillman, director of Study Abroad said.

“They [students] can express their feelings to us and their beliefs about what these programs should be,” Gillman said. “We don’t want them to give up on their goal to be a global citizen of the 21st century.”

OIA says students’ interest in studying abroad is still alive and well, and they are working hard to encourage traveling safely. Their biggest travel advice is to stay informed by looking at the Center for Disease Control websites and the Department of State travel advisory overseas.

Despite the coronavirus scare, Nelson is still a huge advocate for studying abroad and recommends it to all who are interested.

“In my short time here, I have made the best of friends, traveled to three countries, eight cities and I have had the most amazing time,” Nelson said. “I think it is extremely important to learn a culture different from your own, and this is a great way of doing it. I hope more students push themselves to ‘do’ instead of ‘dream.’”