As university expands, non-critical upgrades are being delayed 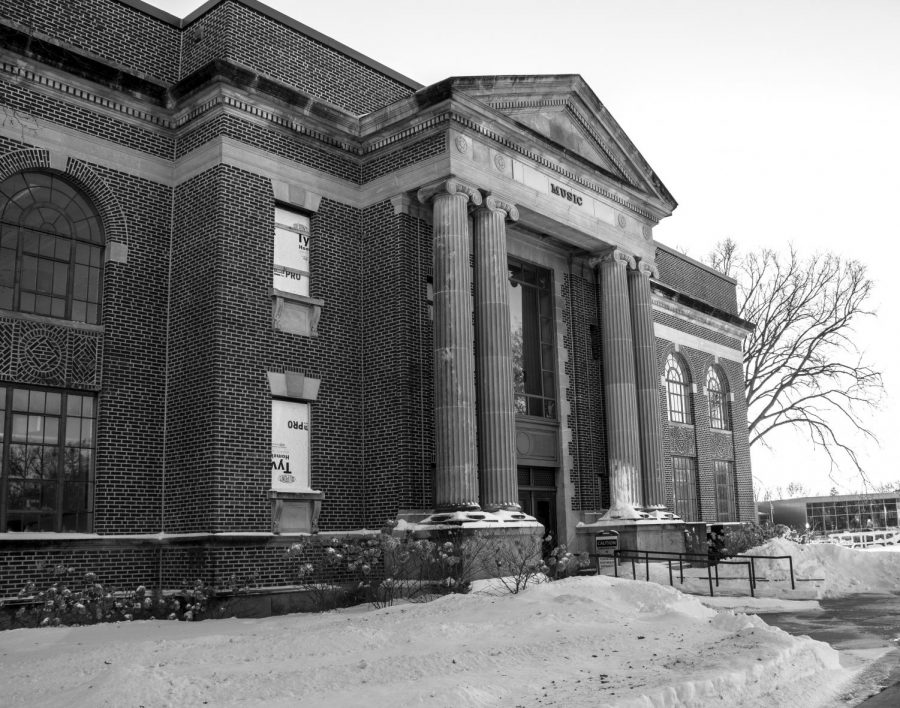 The lack of noticeable repairs for the older buildings on campus has ignited questions from  students and faculty members about South Dakota State’s spending priorities as the university battles to catch up.

Sami Wiseman, a freshman in Pierson Hall, enjoys her residence hall but recognizes several minor issues with the 55-year-old building.

“We don’t have carpet, my air conditioning doesn’t work and when I have the heat on I can’t control the temperature, so it gets too warm and I have to open a window,” Wiseman said. “It’s a little old fashioned, but overall (it) isn’t that bad.”

“It’s dirty,” Wray said. “Two of the bathroom stalls don’t lock. The hot water doesn’t work — it’s lukewarm at best most of the time, and I think bugs get in through the ceiling tiles because [the bugs] weren’t there earlier this semester.”

The concerns voiced by these Pierson residents are shared across campus by other students and faculty who live, learn and work in increasingly old fashioned environments.

Unfortunately, there isn’t much that can be done about many of the non-critical issues present in the buildings.

According to Jonathan Meendering, a project architect from the Facilities and Services department, the university is held back from initiating projects because of a limited maintenance and repair budget, and therefore must carefully weigh the priorities of projects and expedite or postpone them accordingly.

SDSU has anywhere between $10 million to $12 million to spend on the maintenance of academic-related buildings and structures each year. The South Dakota Board of Regents and the state grants the university a Higher Education Facility Fund.

In 2019, the Higher Education Facility Fund was calculated by factoring the total amount of academic space on campus down to the square foot, and the SDBOR determined 2% of the estimated total replacement cost.

Additionally, the university receives state general funds, which vary in amount every year. All these funds are only to be used for maintenance and repair of academic buildings. Residence halls, while not classified as academic buildings and therefore unaffected by the fund, are required to spend 3% of their operating budget on maintenance and repairs, most of it coming from meal plans and other student expenses.

In order to ensure strategic, forward-thinking spending, a five-year plan is produced each year to determine how the maintenance funds will be used. According to Meendering, the university has nearly $200 million worth of backlogged projects, and because of new projects replacing completed ones, the figure isn’t likely to get any smaller.

“It’s a drop in the bucket,” Meendering said. “Trying to catch up is a never-ending battle.”

The $10 million to $12 million must be strategically utilized across a multitude of campus maintenance projects, such as maintaining parking lots, fixing cracked sidewalks, keycard access and routine roof repairs.

“Around 10% of the [budget] goes to maintenance,” Meendering said. “It’s millions eaten up through basic maintenance and repairs.”

In a typical year, the university spends nearly a third of the maintenance budget maintaining buildings’ electrical, mechanical and plumbing systems, while another 10% of the budget is used for exterior maintenance including cladding and roof repairs. In other words, the buildings aren’t being outright neglected; it’s just hard for somebody to see the improvements if they’re not involved in the process.

The crippling maintenance expenses create a challenge when trying to greenlight ambitious projects like ­­the extensive renovation of Harding Hall in 2018.

“It’s difficult to do that because it ate up about 70% of our budget for that year,” Meendering said in regards to the $8.3 million project. “You have to be strategic if you’re going to do a whole building like that because then you’re letting other things fall behind.”

Nicole Klein, a professor from the SDSU Ness School of Management and Economics, has been directly affected by the strained budget. Klein and her co-workers were based in Scobey Hall until 2017 when the department was moved to a temporary location in Depuy Military Hall. In 2018, the department was­­­­­­­­ moved to the freshly renovated Harding Hall.

Scobey Hall is one of the most well-known examples of a building not having a place within the maintenance budget. Mold, humidity and leaks in the roof endangered the faculty and students inside. Concerns about the image put forward by the university regarding Scobey Hall were prominent across campus, a contributing factor to the decommissioning and almost certain future demolition of the 1962 dormitory.

“For someone visiting us and then visiting another nicer building on campus, it could have made a difference to an incoming freshman choosing a university,” Klein said regarding the condition of Scobey Hall and the negative impact it had.

With a completely retrofitted Harding Hall, the concern is no longer there.

Currently, Lincoln Hall and Pugsley Hall have backlogged maintenance that may be initiated in the next several years.