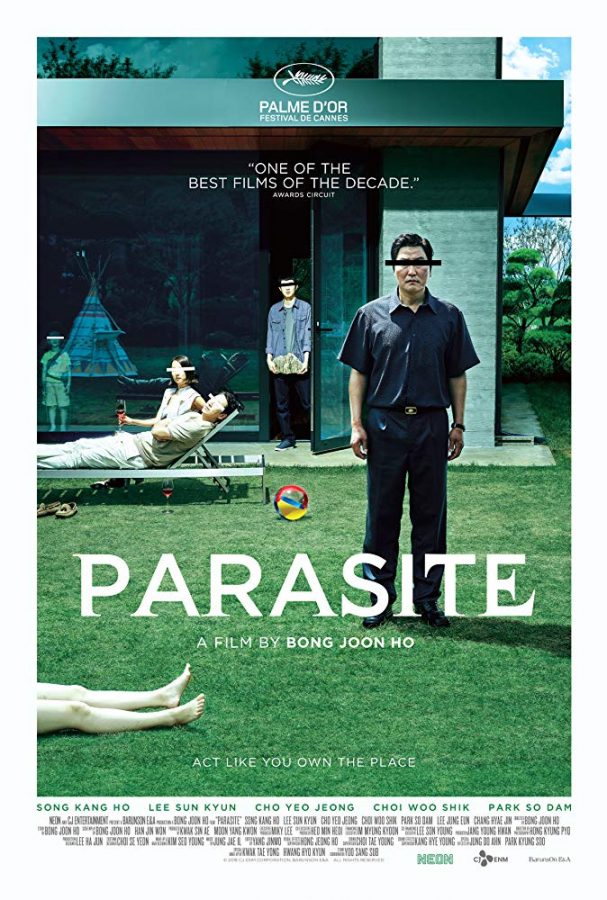 The Oscar race is in full swing. In the Best Picture race, Sam Mendes’s “1917” is the frontrunner to win, with Quentin Tarantino’s “Once Upon a Time… in Hollywood” serving as its main competitor. There remains one other contender with a viable shot at taking home the grand prize. That film is Bong Joon Ho’s “Parasite.” Were “Parasite” to win Best Picture, it would make history. It already became the first Korean film to win the Palm d’Or at the Cannes Film Festival. But if it won Best Picture, it would become the first film not primarily in English to win the most coveted prize in cinema. Last year, Alfonso Cuaron’s “Roma” came close, but lost to the underwhelming “Green Book.” “Parasite,” with additional nominations for Best Director, Best Original Screenplay, and Best Film Editing, is fully equipped to take home the prize, and after seeing the film, I not only recognize that “Parasite” deserves to win Best Picture, but I fully hope that it does. Indeed, “Parasite” just joined “I Lost My Body” as one of my two favorite films of 2019.

“Parasite” features a whirlwind of a plot which I wouldn’t dare to spoil for you here. So allow me to provide the vaguest plot synopsis I can. “Parasite” focuses on the Kim family: Ki-taek and Chung-sook, the parents, and Ki-jung and Ki-woo, their young-adult son and daughter. The Kims live in poverty, their home underground infested with bed-bugs and cockroaches. They scrape for every penny they can, barely hanging on. Through a friend, Ki-woo manages to score a job as an English tutor for the immensely wealthy Park family. Once hired, Ki-woo sees an opportunity for Ki-jung to work for the Parks as well. Soon enough, the entire Kim family is hired by the Parks, though the Parks have no idea they are related. With relationships built off deception, the Kims and the Parks learn what happens when upper and lower classes collide.

“Parasite” is a remarkably crafted film for a variety of reasons, each of which I could spend this entire review discussing. To focus on the true brilliance of the film, I will instead note the film’s best cinematic characteristics. The editing of the film is first and foremost the most noteworthy aspect of the movie’s craft. “Parasite” strikes an unusual tone when it comes to genre, falling somewhere between comedy, drama and thriller. The film has some hilarious and dark moments, but more importantly, it is the relationship between the humorous scenarios and the dark themes that is unsettling yet captivating. In the execution of these mixed yet harmonized genres, the editing is key in both channeling the tones of each genre while also crafting a flow so they work together.

The cast is also one of the main reasons “Parasite” is so good. Bong Joon Ho crafted his film carefully so Ki-woo functions as a protagonist without stealing too much (Bong Joon Ho’s effort in doing so is delightfully Hitchcockian). Instead, as the film progresses, our focus shifts to each member of the Kim family, and it does so with such success that each character becomes the film’s most interesting character at least once in the film. The performances from the entire cast, which features a whopping ten primary characters, are impeccable. There’s a reason “Parasite” took the SAG for Best Ensemble.

The real treasure of “Parasite,” however, is its story. Bong Joon Ho crafted a narrative so engaging and so compelling, this movie, which is just over two hours, feels like an epic, and yet when it finishes, you wish there was more. The characters are thoroughly constructed and interesting, and the plot is pragmatic yet outlandish. The overarching plot of “Parasite” feels like an invention of Tarantino’s, while the individual scenes recall Hitchcock. The structure is fascinating and one filmmakers and film theorists alike will surely study. But most importantly, the film is almost absurdly entertaining, with a closing statement that is impactful and rationalized by the captivating movie we just watched.