“Got Your Back, Jack” aims to combat difficult situations 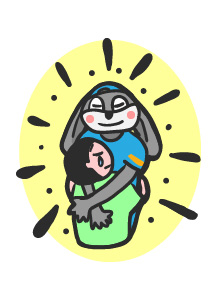 Those are the five “Ds” of “Got Your Back, Jack!” — a program that was introduced in 2018 by the Student Affairs staff on the South Dakota State University campus.

“Got Your Back, Jack!” is advertised to be used in situations involving alcohol misuse, sexual assault, academic integrity, harassment, discrimination and other challenging situations.

The program, which the Office of Title IX and Equal Opportunity oversees, is a part of the “StepUp!’ program which the University of Arizona and the NCAA created.

At ThumpStart, students became familiarized with the program.

According to Craig McCuin, a Title IX and Equal Opportunity investigator, there were roughly 12 training sessions at the Fall 2019 ThumpStart.

“Folks that are freshman now and sophomores this year are seeing this over and over again, so it’s starting to resonate with them,” McCuin said.

According to McCuin, students often approach during tabling sessions in the Union with an understanding of the program already.

“They are familiar with the five Ds of intervention, which is neat, so that culture, as far as we are hoping, is spreading throughout the university,” McCuin said.

In other attempts to create visibility on campus, the program has hung up posters throughout campus, participated in the Hobo Day Parade and made T-shirts, buttons and even flying discs.

Despite hearing vocal support from the program, there has yet to be a way to solidly measure its impact.

However, concerns about the campus can be heard in the Campus Climate Survey, which “provides campus constituents an opportunity to voice their experiences and perceptions of the campus environment.”

To report concerns of harassment, discrimination, sexual assault or other Title IX or Equal Opportunity concerns, individuals are asked to contact 605-688-4128 or directly to the Office of Title IX/EO, Morrill Hall, Room 100.