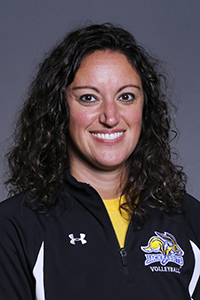 In her five years at the helm of the Jackrabbit program, SDSU amassed a 24-120 record.

Cirillo’s most successful season came in 2015, when the team put together a 7-25 campaign.

“I thank Nicole for her efforts over the last five seasons and wish her nothing but the best in the future,” South Dakota State Director of Athletics Justin Sell said in a release.

Before Cirillo, the Jackrabbits hadn’t seen much success.

In 2007, the team joined the Summit League and won the conference championship — something it hasn’t done since.