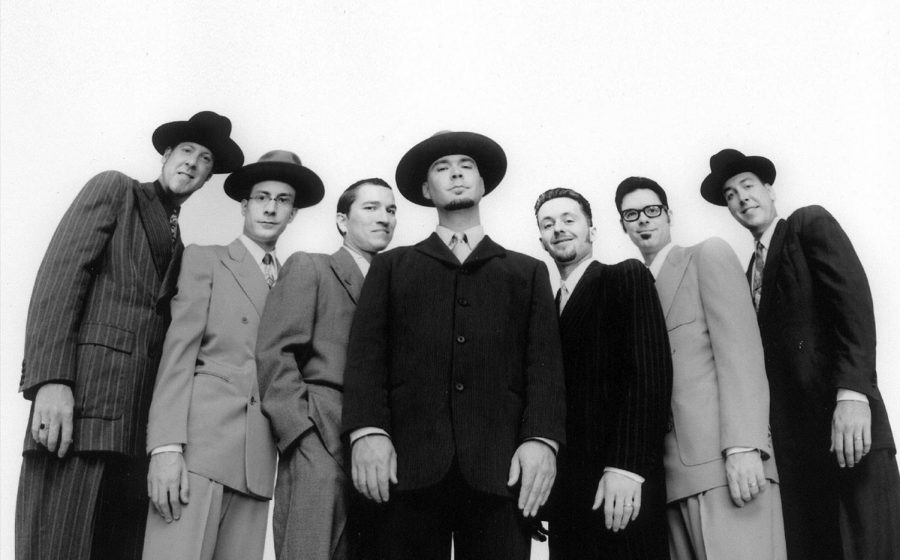 Big Bad Voodoo Daddy will swing onto campus next Tuesday to entertain students as part of the Woodbine Production Series.

The Woodbine Production Series is a collaboration between SDSU School of Performing Arts and the SDSU Foundation that brings famous performers to campus. An anonymous benefactor pays all of  the expenses to help to bring in the highest level of performers to Brookings.

The Woodbine Productions have been happening every year since 2007, which means that it is entering its 12th season. Each year, the series hosts four performances throughout the year that are held at the Performing Arts Center at SDSU. The money made from ticket sales for the performances goes to scholarships for students in the SDSU School of Performing Arts.

The second performance of the Woodbine series this year will be at 7:30 p.m. on Oct. 15. The performer for that night is Big Bad Voodoo Daddy, America’s top-touring swing band.

Big Bad Voodoo Daddy has been together for over 25 years, during which they have been promoting and revitalizing swing music. The band’s goal has always been to introduce the swing genre to younger audiences.

Big Bad Voodoo Daddy has sold millions of records and have had their music appear in  multiple movies and television shows, including “Dancing with the Stars” and Super Bowl XXXIII. The band has performed concerts in venues all around the world, from the Hollywood Bowl to the Lincoln Center.

Big Bad Voodoo Daddy can also add their numerous performances with many of the country’s top symphony orchestras to their long list of accomplishments within the music industry.