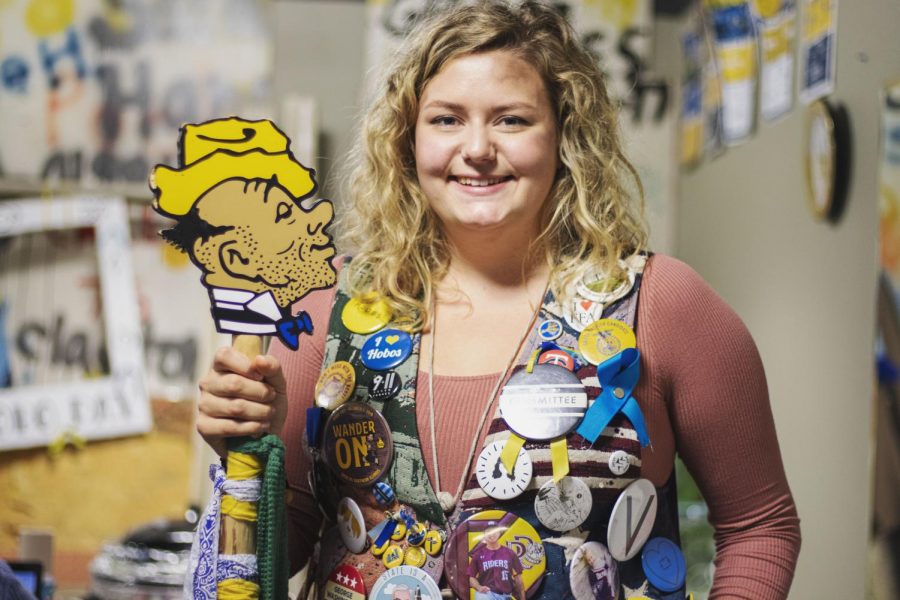 So much time, effort and planning goes into the event-filled week leading up to Hobo Day. This year, Jeanette Klein, a fifth-year agricultural leadership student, is taking charge as Grand Pooba, the leader of the Hobo Day Committee.

As Grand Pooba, Klein helps build the committee’s budget at the beginning of the year, secures funds from a couple different sources, makes sure everything is being tracked and meets with different campus and community partners.

The Hobo Day Committee has subcommittees for events, marketing and the parade. Each subcommittee is led by an assistant Pooba, so Klein also spends a lot of time overseeing these groups and meeting with the assistants to answer any questions they have and help out however she can.

Klein joined the Hobo Day Committee at the end of her freshman year, serving as part of the events team.

In her first year on the committee, she was the coordinator for the Great Hobo Race, but she noticed that the event hadn’t been very successful in recent years. So, she talked to other members in leadership positions and decided to transform the event into the Hobolympics.

“My favorite part of Hobo Week is parade morning,” Klein said. “We walk through the end of the parade with the Bummobile, and it’s a really cool way to wrap up the crazy, awesome week.”

Klein anticipates an increase in attendance for all of the week’s events, thanks to a new-and-improved schedule.

The biggest change in the schedule was moving Rally at the Rails to Friday night. They made this decision because not many students or community members had been participating since the event had been falling on the Monday of a three-day weekend.

With the move to Friday night and an anticipated larger crowd, the committee increased its budget for Rally at the Rails. They are bringing in a live band, food trucks, a bouncy house and games.

They also expect increased attendance because they have been doing more advertising and are offering free food or hot chocolate at almost all the events.

For Monday night’s event, Bum-A-Meal, numbers were up over 100 students from last year feeding around 700 students.