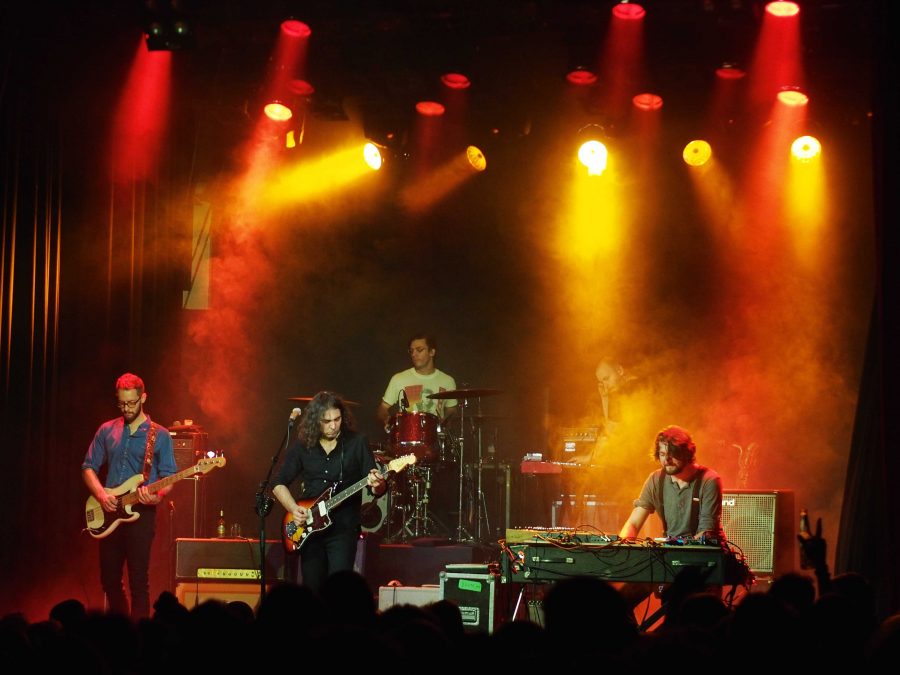 Album: A Deeper Understanding
Artist: The War on Drugs
GRADE: B

If there is one thing I’m sure of when it comes to this album, it’s this: Adam Granduciel, The War on Drugs lead singer and songwriter really knows his stuff. It’s his best album yet.

The meanings and quality of the songs on this album leave me agreeing with Pitchfork’s rating. “A Deeper Understanding” lives up to most of my expectations.

Honestly, I can’t stand much synth-pop, and that’s what this is. Reimagined 80s synth-pop with deep vocals and meaningful lyrics.

This album is so well thought out. It doesn’t sound especially sad, but it definitely doesn’t sound happy like you’d expect a pop album to sound. Each song is distinctly unique in its own way. The rhythms, the lyrics and the sense of what Granduciel is trying to portray in each song really comes through — not only in his lyrics but in the instrumentation and production.

It’s an emotionally provocative album when you start analyzing the lyrics and the way they tie together with the instrumentals.

The album has themes of loneliness, pain and being lost. It gives you the idea Granduciel is searching for something. It has dreamy, “lose yourself” kind of vibes, making it an album that could easily be labeled as boring.

While I will admit, some of the songs are a bit long for the quality of the lyrics, a majority of the songs feel the appropriate length for their content.

His lyrics read poetically to me with a nice flow. The meaning behind his lyrics are often left to interpretation. This can be a thought-provoking approach for some while others look at his lyrics as vague.

It’s all smooth sailing from start to finish. Each song bringing a bit of excitement to the album as a whole. Granduciel really outdid himself here.

With the band signing onto Atlantic Records, it seemed to give them the extra finances to be especially meticulous and take their time with the production of each and every song. The level of production gives the album clean sound and the variety and number of instruments played throughout it really amps it up. The album really does live up to its eleventh spot in the top 50.

There are so many songs that really make this album shine. “Thinking Of A Place,” “Strangest Thing” and “Knocked Down,” are easily the best songs on the album. It’s really hard to not to list the entire album.

The single “Thinking Of A Place,” is 11 minutes long. It’s a little challenging to make a long song and keep your listeners, well, listening. What really helps this song stay together is the bridge. It might actually be improvised, I’m not sure. Whether it’s improvised or not, it builds nicely to a climax within itself, and slowly fades into verse three, almost like the song is over, but it’s not.

Overall, this album was a great listen, and I’d recommend it to anyone who enjoys indie artists.