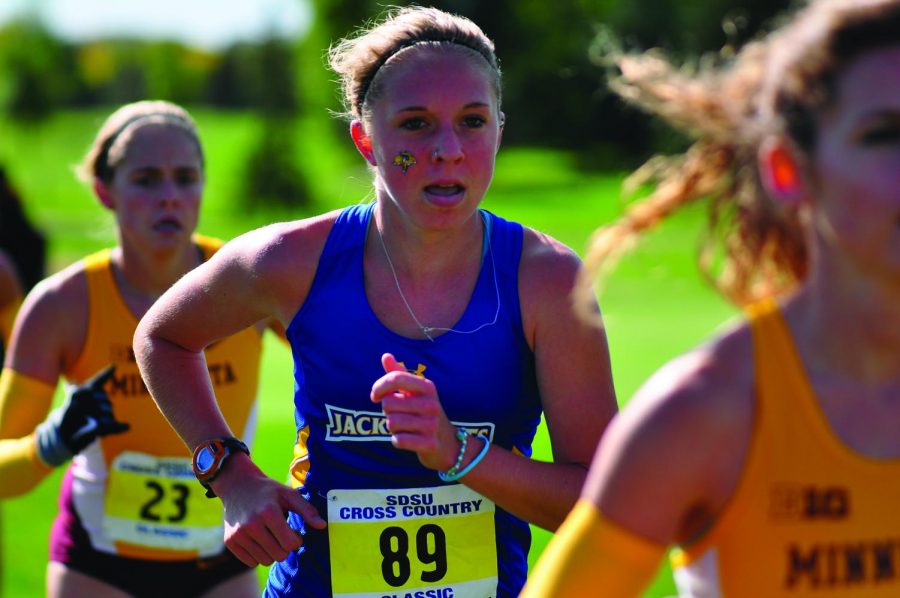 For the first time in almost two years, the South Dakota State University cross country teams are preparing for a home meet.

“Early season is about finding improvement, not expecting huge things. But increasing distance tells us about the team as a whole,” DeHaven said.

But there’s more than meet-to-meet improvement on DeHaven’s mind. The entire coaching staff is in the process of identifying factors for long-term success.

“We look to execute, and we’re looking to find different ways of engaging the team,” DeHaven said. “The men’s team is looking for ways to keep the top group together through the race, and the women’s team is trying to keep up with North Dakota State.”

At the Bison Open, the men’s team took first place with six of the top ten spots occupied by SDSU runners. This included the top individual performance turned in by junior Micah Mather, who won Summit League Athlete of the Week for his efforts.

The women’s team finished in third place, missing second by only eight points. On the women’s side, SDSU was paced by Anna Donnay taking third and Ellie Friesen taking eighth.

Normally, a home meet would lead to an advantage and a competitive edge for the home school’s athletes, but DeHaven is looking at it from a different standpoint.

“It’s nice to be home and it’s good to not have to travel, but it isn’t a huge advantage,” DeHaven said. “It means there is no excuse for not being ready to perform.”