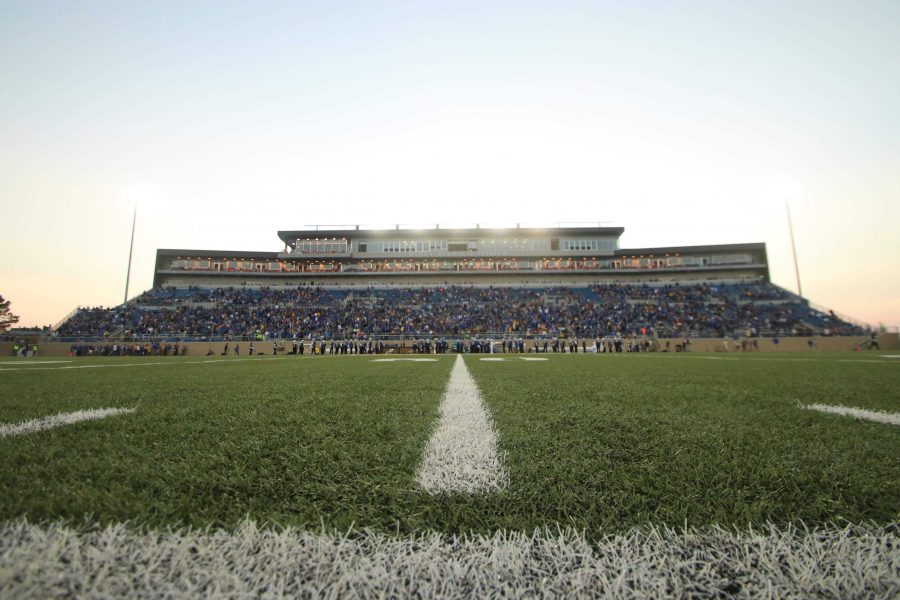 The agreement between the two schools allows LATI students to attend Jackrabbit football games free of charge. However, the agreement doesn’t apply to the Hobo Day game against Southern Illinois or the Dakota Marker showdown versus North Dakota State.

Among the administration, they see a few different benefits of the agreement. Here’s what you need to know:

“None of our students will have any of their access to the games limited,” SDSU President Barry Dunn said. “Their General Activity Fee gives them free access to sporting events; it doesn’t affect that.”

Students from LATI will not pay the General Activity Fee like SDSU students.

“If you broke it (GAF funds) down per student, per sport, per event, it would be very small,” Dunn said.

Dunn sees the situation similar to Senior and Junior Days. During those days, the university provides prospective students with free football tickets.

“Currently, our athletics department charges a nominal ticket fee to the Admissions Office for football and basketball tickets for Senior and Junior Day,” Dunn said.

However, it is yet to be determined if there will be a ticket fee for LATI students.

The administration sees the agreement between the two institutions as a revenue-builder.

“(LATI students) are coming for free. They are not taking seats from anyone else,” Dunn said. “It’s not costing us anything, we think that what they buy in the bookstore, concessions will actually help us from a revenue perspective.”

Two years ago, the two schools signed an articulation agreement. The agreement allows students to complete their associate’s degree at LATI, then being able to finish their bachelor’s at SDSU.

Some of the majors that are covered under this agreement include animal science, agronomy, general studies, operational management and interdisciplinary studies.

“We’ve committed to each other to work together for the benefit of young people,” Dunn said.

The effort to provide free tickets looks to expand the relationship between the two schools.

According to Dunn, 25% of LATI students head to a four-year college directly after graduation. Dunn also went on to say that 50% of graduates would return in the future to complete a four-year degree.

“Our idea is to get them on campus and show them a collegiate experience,” he said.

Those aren’t the only benefits that the administration sees in the agreement.

Since moving into Dana J. Dykhouse Stadium, there has not been a sellout.

The stadium was completed three years ago, bringing its capacity to 19,340. To date, the largest crowd has been 18,130 people — which came in the 2017 Dakota Marker game when the Jackrabbits downed NDSU 33-21.

“Based upon the capacity of our stadium, we are not filling it,” Dunn said. “So, there’s room to allow some other people to come in.”

Attendance for Saturday’s game was 10,153 fans, with 46 of them being LATI students.