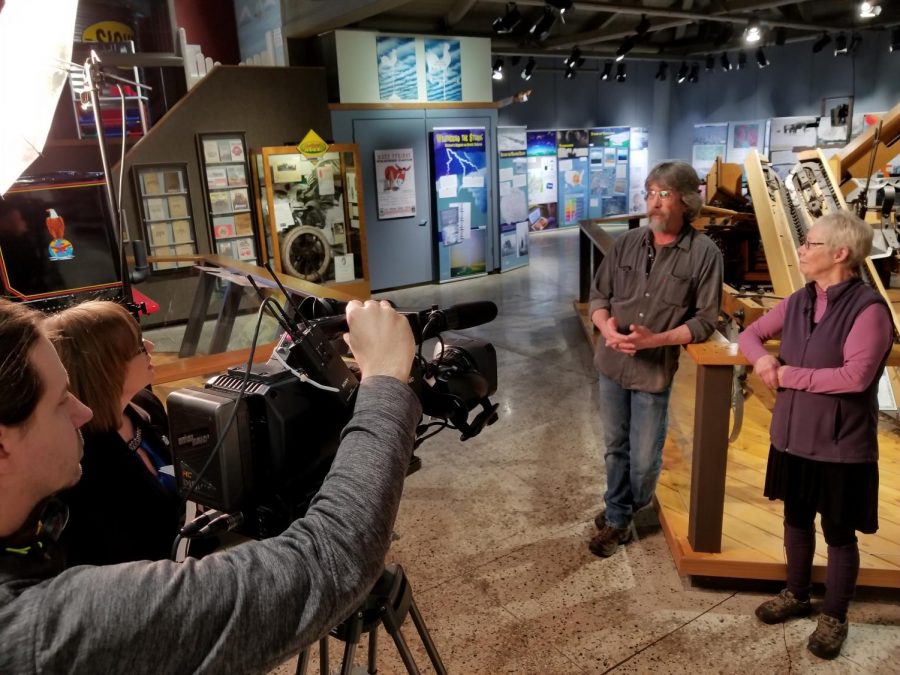 This story was sponsored by Yeager Media Center.

You’ve probably seen the stories Yeager Media Center tells through video without knowing that they were produced right on campus.

Each with decades of storytelling experience, the staff provides the Brookings area with professional, intriguing and flexible visual media solutions. Whether it’s the Hobo Day parade or spotlighting majors at SDSU, their work reflects life and work on campus.

“We’re utterly amazed that we’ll end up somewhere on campus and find out that some research is being done that just kind of blows our minds and it’s literally two blocks from where we work every day,” Brian Stemwedel, associate director, said.

Since 2013, Stemwedel, Bruce Anderson and Lowell Haag have worked together on projects pertaining to the university. What makes this team so strong is its experience in the industry, teamwork, and ability to listen.

One example is the group’s work with the College of Nursing’s video about living-kidney donation transplants for Native Americans. Initially, this wasn’t Yeager Media Center’s project.

“Our initial production company did not listen to the specific needs regarding content covered and seem to miss what tone we were going for in the video,” Shana Harming, Wokini program director, said. “We spoke about this several times and yet they continued to ‘do their own thing.’”

Yeager Media Center took on the project and, according to Harming, “listened” to what the College of Nursing’s vision for the video.

The video included testimonies from people who’d gone through the process. The goal was to start a conversation about what kidney donation is. The video has since gone nationwide as a tool to inform more Native Americans about the option of living kidney donation.

“To me, that’s one of my proudest moments,” Haag said. “In my career, I’m brought in to help people. To come alongside and help bring that project to completion and deliver a project that makes a large impact on people, you get warm fuzzies.”

How their team works together is what makes Yeager Media Center stand out.

“Of the three of us, there’s someone that shines in each area the services that we offer, and it really rounds out our abilities,” Stemwedel said.

Stemwedel acts as the Adobe Photoshop and After Effects specialist. He keeps busy cutting projects and works in the field as a videographer.

Haag is the equipment guru and the ultimate juggler of tasks. He organizes many aspects of the day-to-day operation of the center, which includes supervising student production assistants for “On Call with the Prairie Doc,” a show produced by Yeager Media Center.

Anderson walks with the client through the whole process offering ideas. He expertly produces and edits video to bring a story to life.