Three things I didn’t know would happen while studying abroad 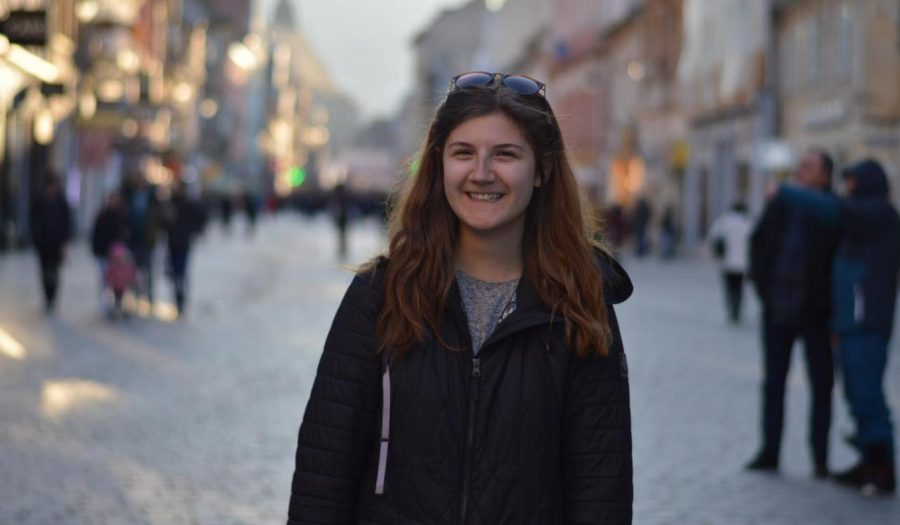 On Jan. 15, 2019 I said goodbye to my hometown of Sioux Falls and my education at SDSU and boarded a flight to a new home — 5,500 miles away at the American University of Bulgaria.

This adventure was undoubtedly intimidating considering I had never flown alone and had never been outside of the United States. Ever since I was a kid, I knew I wanted to travel and saw studying abroad as a great opportunity to do so. These are some things I’ve learned.
1. Culture shock should not be feared but welcomed
Before I left, I did hours of research on Europe and Bulgaria; however, nothing could have prepared me for the feeling of arriving in a foreign country alone.

Looking around the airport and not being able to read the majority of signs was probably my first run-in with “culture shock” and I can assure you it was not the last. However, I have begun to welcome culture shock — it sounds strange, I know. Being “shocked” by a new culture is nothing to be afraid of, it simply is your brain telling you “Wow, this is a new, different and unique place.”

Culture shock is a part of the traveling experience. Here are a few “shocking” things about Bulgaria: Bulgarians don’t use leashes when they walk their dogs, toilet paper is scented, the peanut butter isn’t as good as JIF, they dip their pizza in ketchup and mayonnaise and they have a strange obsession with corn.
2. My awareness of global events has grown more
Living in a country with very different beliefs and customs have influenced my outlook on the world. The education I have been receiving in Bulgaria goes far beyond what I ever imagined — not only inside the classroom but outside as well.

I am enrolled in four political science classes here and, although the United States is mentioned here and there, the focus is largely on European countries. Coming from a background of knowing little about European politics, I am definitely at a disadvantage and find my classes to be more difficult than they were in the U.S.

In my first two months here, I have learned so much more about global politics than I truly believe I could have at a university back home.

Also, I have been exposed to other cultures by meeting people from around the world and visiting other places. The group of international students this semester consists of German, Dutch, Spanish, French, Belgian, Portuguese, Czech, Polish and more.

Although I am attending school in Bulgaria, I have been able to learn about so many other countries. For example, be prepared when riding in a car with a German driver because they are not used to speed limits, Polish pierogi is so good and some Europeans actually care about the Super Bowl.
3. For the first time in my life, I can say I like sushi
Although I don’t remember my first experience with sushi very vividly, I do know that I was in high school, I threw it up in a napkin and haven’t touched or looked at sushi ever since. However, I ordered sushi at a restaurant here in Bulgaria and absolutely loved it.

But this isn’t a point just about my complicated relationship with sushi.

The point is that trying something new, or giving something you previously believed yourself to dislike another try, won’t kill you (even chicken hearts which I tried once, but won’t again — for a while).

Saying “yes” while studying abroad is pretty much a requirement. I have become so much more open toward new things while being abroad and look forward to that transferring over into my daily life back home.

Quincy Hanzen is a sophomore English major who is currently studying abroad in Bulgaria. She can be reached at [email protected]