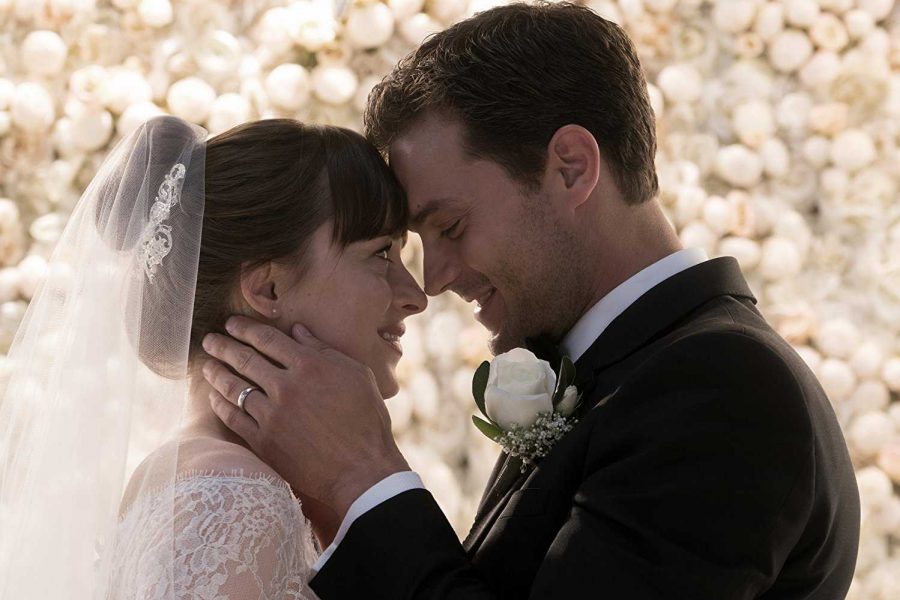 UNIVERSAL PICTURES Topping the weekend box office, “Fifty Shades Freed” earned $38.8 million, a drop from previous entries in the franchise. The last film in the trilogy, the film has received lackluster reviews from critics with just an 11 percent on Rotten Tomatoes.

For example, there is a consistent market for “Fifty Shades of Grey” movies.

The final film in the trilogy has everything: plot points that don’t go anywhere, unintentional laughs and a couple with as much chemistry as two stale pieces of toast.

The film starts with the couple getting married and going on a honeymoon that’s straight out of a cheap music video.

If you thought the previous two films were boring while the couple was dating, domestic married life is far worse. Ana (Dakota Johnson) and Christian (Jamie Dornan) argue over Ana’s job and the prospect of parenthood. Apparently, the sex was so good they never thought to talk about these things before they got hitched.

But more hijinks happen when Ana’s stalker from the previous film makes an appearance. But Ana’s biggest adversary continues to be Christian, as he begins acting even more territorial when she’s around other men, managing how much she drinks and so on, ad nauseam.

I know they’re not a conventional couple, but the kind of control Christian has over Ana is just wrong.

But no matter what you think, you have to respect the books’ and films’ ability to meet an audience – even if it is crap.

If you do see this film, please don’t take it seriously and, for the love of God, don’t model your own relationship after these two problematic nut jobs.