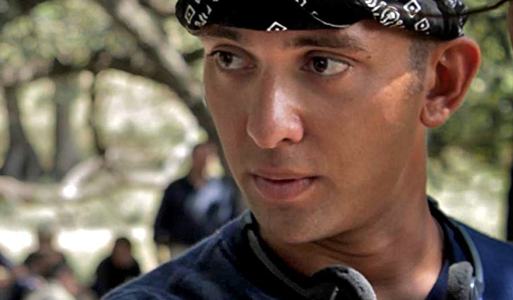 Jacob Ford, the Collegian’s movie critic, sat down with him for an interview. Here’s the transcript:

Jacob Ford: In many ways, “Tater Tot and Patton” acts as a love letter to the plains of South Dakota. Did you feel like it was important that this story is told here?

Andrew Kightlinger: Yeah, there’s nowhere else it could have been told. In the end, it is a story about grief, loss and ultimately healing, and you could have that take place anywhere you want. But for me as an artist, South Dakota has been such a nourishing place creatively, it had to take place here. And a big component of that is the location.

For me, the symbol of the endless horizon. . . there’s dual meaning to the horizon. There’s one where the horizon makes you feel small and belittles you, in a sense, and that kind of works with that feeling of grief and loss; that isolation that comes from grief, and also addiction. But the horizon also offers opportunity. What’s beyond it? I always say that healing is beyond it.

Whenever I stand in the prairie – I went to high school in Pierre and that’s where I’m from—whenever I stand out in the prairie, I feel small and big at the same time. It’s a really weird feeling. And that to me, is a feeling I get only when I’m in South Dakota… Yeah, you could have made this movie anywhere, but for me as an artist, I had to make it here. That was a non-negotiable thing.

JF: That’s honestly one of my favorite things about the film, is just how beautifully it’s shot. Especially in capturing the sky. There’s one shot specifically, it’s right after they drink the cough syrup, where they’re on a stack of hay bales. It’s an expansive shot, I absolutely loved that image.

AK: You know that shot was actually an accident. I’m a pretty effusive storyboarder. We had that entire sequence of the drugs was done off-the-cuff because we were running out of daylight. And a funny side story, our lead actress (Jessica Rothe) had just finished shooting “La La Land,” and had to return to LA in the middle of our shoot, to do a pickup. She left the set, so we lost a day of shooting. She came back and flew into Pierre in the afternoon, and we had this one little window to shoot that, so we basically shot that off-the-cuff.

The actors just ran around and were like, ‘What the hell are we doing?’ and I’m like, ‘it’s going to be in slow motion, it’s going to look amazing,’ I said. ‘It’s an acid trip, don’t worry about it.’

And they were totally down. And yeah, it’s one of the most effective images in the film.

JF: You mentioned that you went to high school in Pierre. How do you feel that you’re growing up, at least half your childhood, in South Dakota influenced how you made this film?

AK: When I was scouting for the ranch in the movie, we ended up shooting on the ranch of a family that I know – I went to prom with their daughter. Her parents, I think they own about 8,000 acres north of Pierre. And the dad he basically said, ‘if you’re making this, my only request is that you not make us look like roobs.’

Hollywood tends to sometimes demean people that live in the middle of the country. But I never even thought of that, because I never had the instinct to look at it in anything but a loving way. So for me that was important, because what I know growing up in South Dakota was that everyone has always been a huge supporter of me as an artist, and Pierre, I wouldn’t be the artist that I am without it, so for me the love letter aspect of this film, you know to paint people who live in this part of the country and people who have real struggles like anybody else, was paramount, regardless of politics, especially in this day and age.

Regardless of ideology or religion or any of those things, in the end, we’re all human. And we all go through the same griefs and losses, and same healing processes as anybody else. So for me, that was important. Growing up in Pierre, just gives you a different perspective than growing up in New York. I live in LA now, and everybody in LA lives in their bubble. 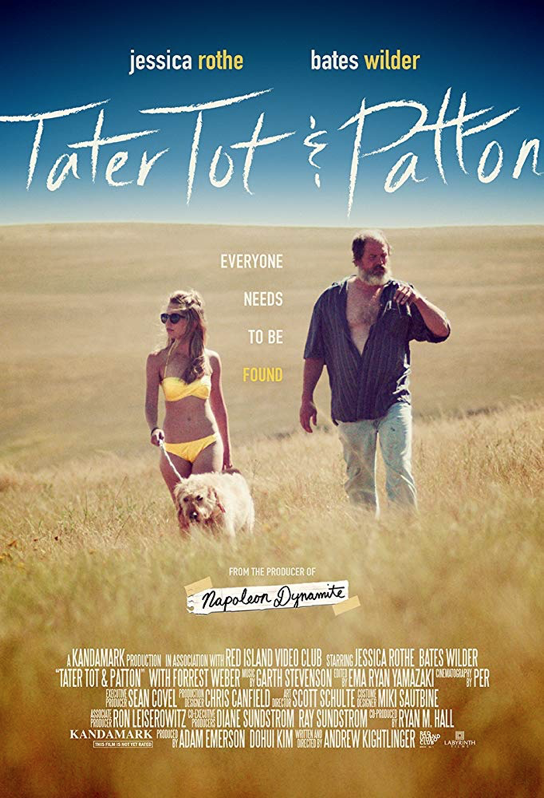 JF: You mentioned working with Jessica Rothe. As you said, she’s appeared in “La La Land” and most recently in the two “Happy Death Day” films. How did she come to the role?

AK: We actually went to the same school together, Boston University. She was in the acting program and we crossed paths there once. I didn’t make an impression on her, because I was a nerdy film student. But I saw her audition for something, and I remember thinking in that audition, and I’m not kidding it was like 60 seconds, but in that 60 seconds I said, ‘that girl’s going to be famous someday.’ I just knew it.

So while I was writing Tater Tot, she kept popping up in my head for that character for some reason. So when I was done writing, I sent it to her kind of creepily and was like, ‘Hey, I know this is random, we never met, but I saw your audition once and I know it’s been like five years, but I wrote this for you.’

She always admits that she was weirded out, but then she read it and said, ‘this is really good.’ And then we just started talking, and luckily she wasn’t famous enough yet, but I knew she would be.

JF: One of my favorite things about the movie is just the title, “Tater Tot and Patton.” It’s a great title and I love how it comes into play in the film. As a writer myself, I have to ask. Did the title or that part of the movie come first?

AK: The title came first. I’m actually a weird writer in the sense that I can’t write anything until I have a title that I like. Because for me the title encapsulates theme. The whole screenplay from this movie came from a weird way.

I was dog-sitting in Chicago during this terrible winter storm in January, and I was missing South Dakota and missing the wide expanses. And I had this vision, and I’m not talking anything big like I was in a sweat lodge or anything. An idea popped into my head over my morning coffee of a Shrek-like, ogrely man and a girl in a yellow bikini and a dog walking through the prairie. And the name Tater Tot, which was the nickname of one of my best friends growing up, just sort of popped into my head. And then Patton, and this is going to sound sort of absurd. Patton actually came from my love of the movie “The Rescuers Down Under.” I shouldn’t even be telling you this because it’s like the dumbest thing, but George C. Scott voiced the villain in that movie, and he played Patton, and it honestly just popped up out of nowhere. And I was also thinking about, you know, he’s the general of this ranch. But “Tater Tot and Patton,” the title, came about after I saw that image in my head.

So I was like, okay, what are “Tater Tot and Patton’s” story? Why are these two in the prairie together? And then the movie was born out of that idea.

For more film reviews and information on “Tater Tot and Patton” visit boymeetsfilm.com