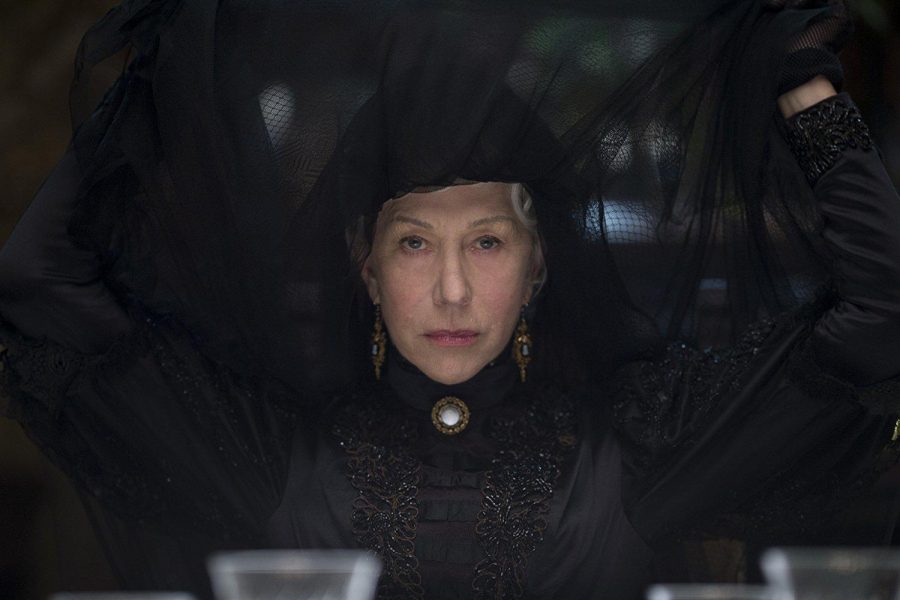 LIONSGATE, CBS FILM Helen Mirren plays Sarah Winchester, a widow who inherits the Winchester Repeating Arms Company. She fears the ghosts of the those killed by the firearms manufactured by her company. “Winchester” opened in third place this weekend with $9.3 million.

Is there nothing Helen Mirren can’t do?

The Oscar-winning actress has portrayed English queens, assassins and animated creatures in a career that has lasted over 50 years. To be frank, she’s an English legend.

But it appears one of the things she still has yet to successfully traverse is the horror genre. “Winchester” is an utter disappointment, but it isn’t Helen Mirren’s fault.

The film is written and directed by the Spierig brothers, who captured the attention of the movie industry with “Daybreakers” and ”Predestination.” But, they have since squandered their up-and-coming cred with last year’s “Jigsaw,” and now this rotten film.

“Winchester,” tells the true story of Sarah Winchester (Helen Mirren), owner of the Winchester Repeating Arms Company, a major gun manufacturing company in the late 1800s. After inheriting ownership of the company from her late husband, she grows to believe that the spirits of those killed by the firearms are out for vengeance.

Out of fear of these spirits, she places the Winchester Mansion in a constant state of construction – creating a labyrinth of hallways and staircases with no apparent order, in an attempt to subvert the spirits’ within it.

If you look into it, it’s a fascinating story, and the mansion is actually a major tourist attraction in San Jose, California.

Another reason “Winchester” fails is because Sarah Winchester isn’t our protagonist. While you may have seen Mirren’s face on the posters and in trailers, the film pulls a bait-and-switch with its advertising.

It’s the actor Jason Clarke we’re forced to watch throughout a majority of the movie. Clarke plays a doctor, sent to evaluate the mental state of Sarah Winchester to see if she is still capable of controlling the company.

Clarke’s character is uninteresting and we’re given no reason to like him. He’s an addict who actually enjoys poisoning himself in small doses. Apparently, this was how people got their kicks in the early 1900s. He also employs multiple prostitutes, even though he’s supposedly grieving the loss of his wife.

Baited by a generous paycheck, the doctor is brought to the Winchester estate and finds himself faced with all manners of spirits and otherworldly entities – the ghosts of those killed by Winchester firearms.

To its credit, the film actually does manage a couple of successful scares. I found myself actually scream and jump at one particular scene involving the main villain. The set production is also exemplary. The mansion is beautifully detailed and almost head-spinning in its architecture. But these are its only real attributes.

The story of this film is as convoluted and messy as the architecture of the mansion. Nothing seems to have a coherent flow, and we rely heavily on a narrator that is unwatchable. I have no idea who would greenlight such a script.