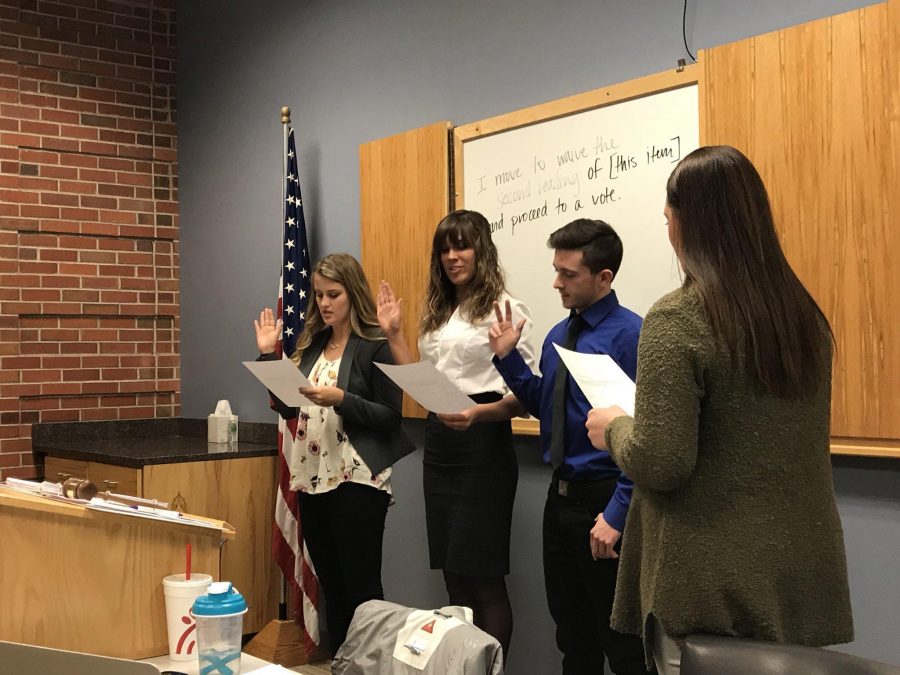 After four hours almost entirely consumed by debate over one resolution, Students’ Association adjourned their meeting around 11 p.m.

Resolution 17-12-R, added to the agenda by Vice President Ally Helms at the start of the meeting, took up much of the night. It opposes House Bill 1073. Supporters of 17-12-R argued HB 1073 is “extraordinarily unnecessary.”

Those in favor of HB 1073, though, argued it a welcome preventive measure in protecting First Amendment rights. Eventually, 17-12-R passed 20-7.

Resolutions 17-13-R and 17-14-R were also added to the agenda at the start of the meeting, but the body waived first readings of these items and adjourned the meeting, so they were not addressed.

17-13-R opposes Senate Bill 103, which intends to inhibit illegal aliens from attending public institutions of higher education and prevent them from obtaining in-state financial assistance. 17-14-R opposes House Bill 1122, which intends to require tuition and other fee increases to be approved by Legislature before being officially set by the Board of Regents.

17-09-R shows support for a Parking Services representative to join the Campus Planning and Design Committee so parking usage, accessibility and overall convenience will be considered before future construction projects break ground.

17-10-R supports Parking Services in their hope to collect compensation from large organization who use campus parking lots for events to help with upkeep and maintenance of campus parking.

The next meeting will be at 7 p.m. Monday, Feb. 6 in the Lewis and Clark room of The Union.