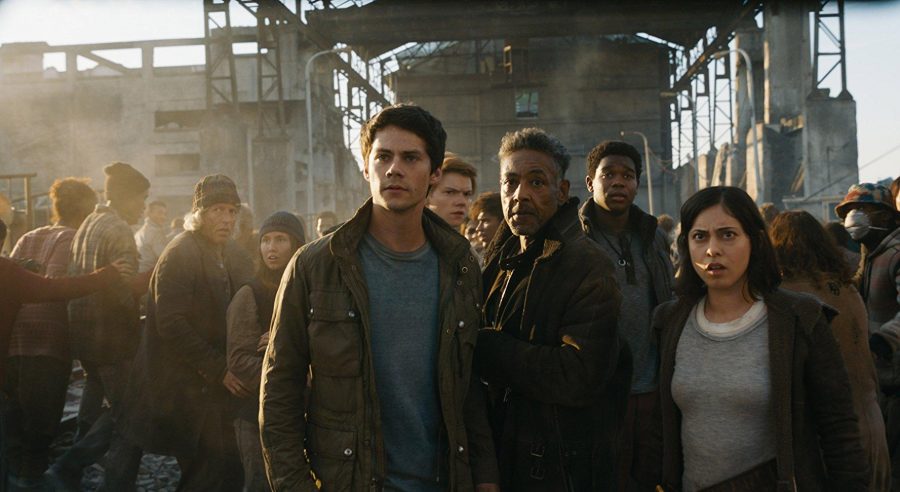 20TH CENTURY FOX Dylan O’Brien stars as Thomas, an escaped test subject used to find a cure for a deadly zombie virus, in “Maze Runner: The Death Cure.” O’Brien was injured during the shooting of the film, halting production and delaying the film’s release. “The Death Cure” opened number one at the box office this past weekend with $23.5 million.

Young adult sci-fi novels peaked with “The Hunger Games” trilogy. Past that point, everything has been a bit downhill.

We’ve had “Divergent,” “Mortal Instruments” and now “Maze Runner” all try to make bids for successful film franchises. Hollywood saw the cash to be mined from teens who loved those books when “The Hunger Games” made it big. Unfortunately, we’ve now exhausted ourselves of worthy, adolescent pulp fiction adapted to the big screen. “The Death Cure” seems to be the last of its kind.

For what it’s worth, “Death Cure” is a decent attempt at a finale for a trilogy that started off as a mess. The enticing action and tight storyline more than make up for the subpar characters in the film, making this final film in “The Maze Runner” trilogy at least worth the price of a matinee ticket.

The first “Maze Runner” film came out in 2014, followed by “The Scorch Trials” in 2015. So why the long wait for the final installment? A serious injury for the film’s lead, Dylan O’Brien, on the set of “Death Cure” halted the film’s production.

But this film sees O’Brien in top form and out of the maze of the first film, battling against an evil corporation appropriately named WCKD. The movie is set in a dystopian world that’s been burnt to a crisp by solar flares and ravaged by a zombie virus. WCKD and its well-dressed evil-doers seek to use our heroes and their immune systems to synthesize a cure for the virus.

The movie opens with a fun chase sequence that’s set on the railway of a high-speed train, reminiscent of something you’d see in “Mad Max.” Thomas (O’Brien) and company are trying to free the last of their friends from WCKD. But they find they’ll have to venture into the last city still standing in their post-apocalyptic world if they’re to save all of them.

Their quest provides great forward momentum for the film and provides the heroes with plenty of action from futuristic gunfights, zombie hordes and explosions.

The one place this film truly does fail is character development. At no point watching the film did I ever feel like I’d truly lose something if one of the characters died — which does eventually happen.

The culprit here is bad writing. There are no real moments where the characters are allowed to just breathe and experience something unrelated to the conflict, to remind the viewers who is fighting and what they’re fighting for. This mistake is coupled with the fact that we haven’t seen these characters in almost three years and any minor progression they may have had goes virtually unnoticed.

But with “Death Cure,” we not only have a conclusion to a trilogy of films but of an era: one where young adult fiction novels got multimillion-dollar big screen adaptations. Whether or not that’s a good thing is up to you, but as for this film, it’s a bit of a mixed bag.