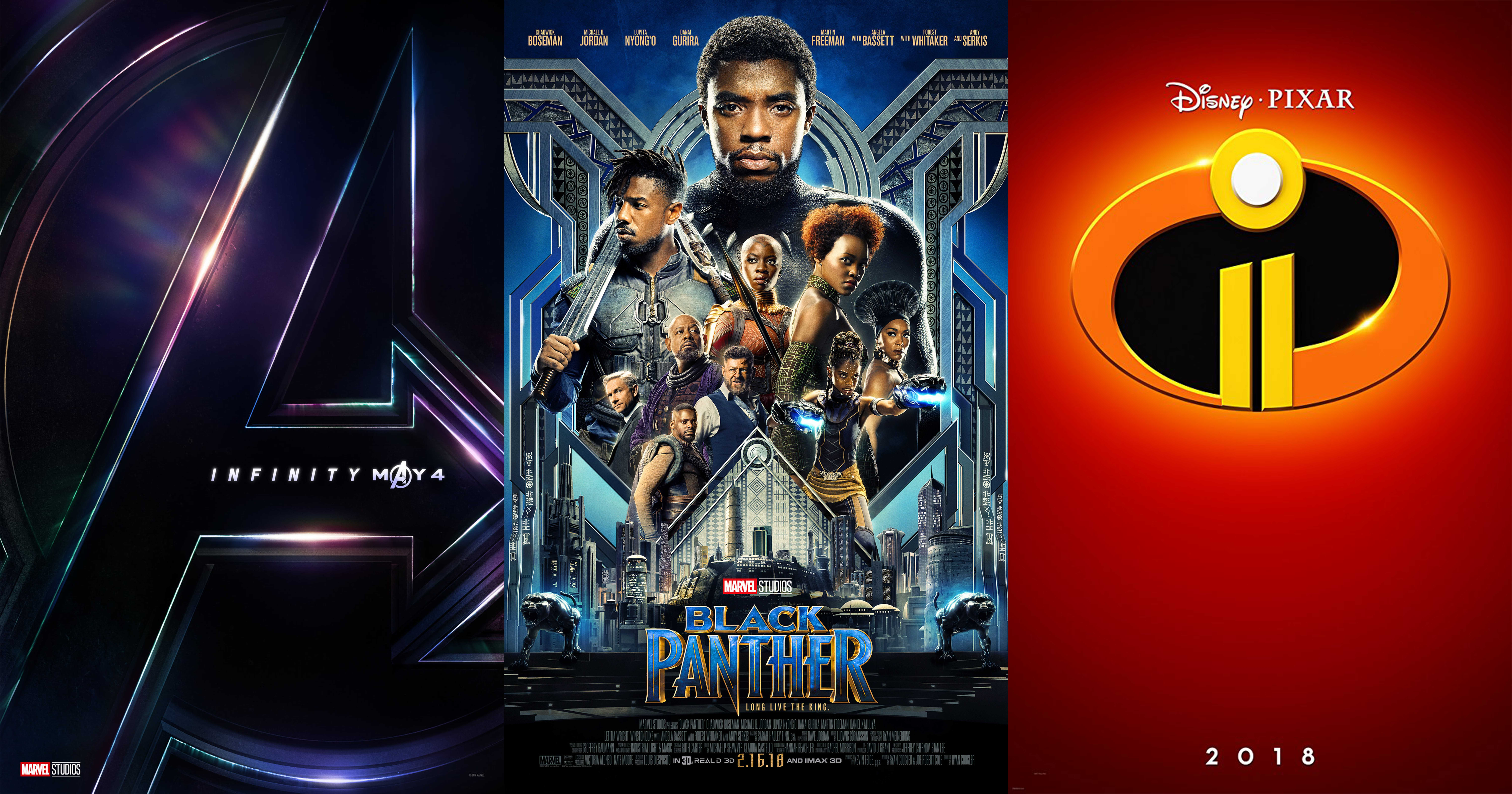 Editor’s Note: This list was made subjectively by the reporter who viewed web traffic, fan interest, media attention and overall appeal for films being released later this year.

10. X-Men: Dark Phoenix – Nov. 2
“Dark Phoenix” takes the X-Men where they’ve never been before: space. While depicting one of the most celebrated storylines from the X-Men comics, this film will reunite its young cast while introducing them to a new character, a mysterious alien played by Jessica Chastain.

9. Mission: Impossible – Fallout – July 27
Outside of the successful “Mission Impossible” franchise, Tom Cruise hasn’t seen steady numbers at the box office. So, it’s understandable he would have another entry in the franchise lined up for 2018. Cruise is joined by Henry Cavill and an expanded role for Rebecca Ferguson.

8. Aquaman – Dec. 21
The DC Cinematic Universe has a history of ups and downs, but with “Aquaman,” director James Wan it will enter the superhero franchise in hopes of sticking the landing. Wan creates a new take on the Aquaman character with Jason Momoa from “Game of Thrones” playing the lead.

7. Ocean’s 8 – June 8
Like the “Ghostbusters” remake from 2016, Warner Bros. is looking to reboot an old franchise in a new way by casting women in all the major roles. With a cast that includes Sandra Bullock, Cate Blanchett and Rihanna, this heist film looks to be leagues above “Ghostbusters.”

6. Solo: A Star Wars Story – May 25
After the disappointing box office return for “The Last Jedi,” Disney hopes “Solo” will prove the “Star Wars” franchise is as strong as ever. The history of Han Solo welcomes newcomer Alden Ehrenreich as young Solo, Emilia Clarke as Qi’Ra and will be directed by Ridley Scott.

5. Jurassic World: Fallen Kingdom – June 22
After making a $1.7 billion return in 2015, the “Jurassic Park” franchise moves forward with its latest installment, featuring a new director, J.A. Bayona, and a changeup in the cast. Most of the plot details for the film have been kept under wraps, but with a new threat to the park and the same dinosaurs from the first film, “Fallen Kingdom” is almost sure to please.

4. Untitled “Deadpool” Sequel – May 18
The first “Deadpool” broke barriers in the world of filmmaking as the first truly successful R-rated superhero film and the first blockbuster to do well during February. While the sequel doesn’t even have an official title yet, it’s still set to be one of the biggest movies of the year, opening in the much more competitive month of May.

3. The Incredibles 2 – June 15
It’s been 14 years since the first “Incredibles” debuted. The 2004 family film pioneered the modern superhero flick. Director Brad Bird returns, as well as the original cast of characters from the Incredible family.

2. The Avengers: Infinity War – May 4
Ten years of Marvel superhero films have culminated in a final act that is said to change the film universe forever. Villain Thanos will be at center stage and spell out a potential death for one of our favorite Avengers. “Infinity War” will easily be one of the biggest box office smashes of the year.

1. Black Panther – Feb. 16
The only film that could top “Infinity War” is “Black Panther.” It’s not just what the film means for the Marvel Cinematic Universe, but what it means for film overall. This is the first superhero movie to center a black lead and one of the first mainstream films ever to have a majority black cast. With a teaser trailer as sleek and stylish as it is pulse-pounding, “Black Panther” will likely be the most talked about when it debuts in February.