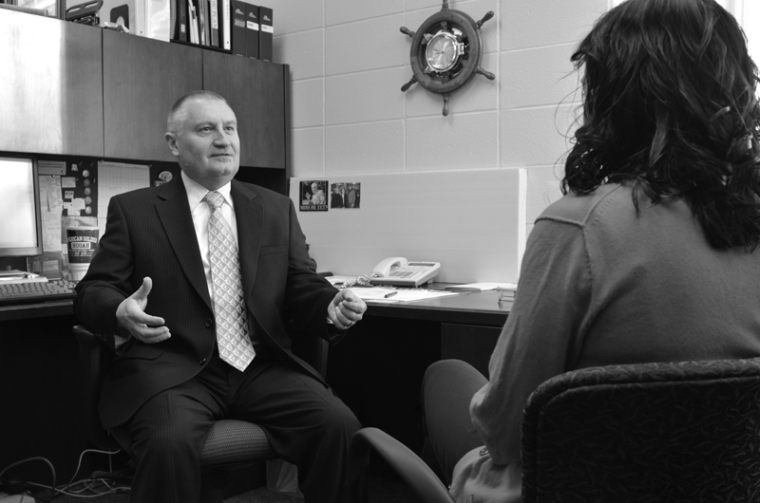 The College of General Studies begins its transition and looks at a new advising process.

Many students say that the hardest decision when starting college is choosing a major. Starting in fall 2011, students won’t have to worry about the pressures of college alone.

With the new University College replacing the College of General Studies, all first year students, in addition to those who are undecided on a major, will have an opportunity to explore and experience things they couldn’t before.

“A name change not only signals a change in the mission [of the college], but it sends a bold academic statement that we are investing substantial resources in students…at our institution,” said Keith Corbett, dean of the College of General Studies.

One feature of the University College will be the “invasive advising” offered to students throughout the college.

The idea of more comprehensive advising came about through conversations that Provost Laurie Nichols and Marysz Rames, vice president of Student Affairs, had in the summer of 2009. Their goal was to create a more co-curricular and comprehensive approach to student success.

“In early fall [2009], we named a task force of 17 individual to start discussing student success and how we might approach it at SDSU,” Nichols said.

Through the proposed new advising, SDSU is trying to achieve higher student retention, progression and graduation. Students will be taught to take ownership of their learning, be accountable for their choices, to generate solutions and to recognize and meet expectations for success.

“All first year students will be professionally advised their first year,” Corbett explained. “Upon meeting a certain number of credits and a certain GPA, students will then be referred to their major department and a faculty mentor for the remainder of their time at SDSU.”

There will also be a centralized area for advisers and advisees to meet, so no more running across campus searching for an office. The location has not been decided yet.

Trained advising professionals, who are currently in the process of being hired, will be prepared to offer advice and will be more available to students.

The main goal of the professional adviser is to help students build a strong foundation for success.

“Freshmen have a different set of needs,” Nichols said. “We’re trying to create a model for student success. Our goal is to help all students at SDSU find success…which is quite significant in the first year experience.”

Students on campus have mixed reactions about how the new program will impact their peers.

“Personally, I don’t think that it’s needed at all,” said Will Holien, a freshman undecided on his major. “It just sounds like another first year experience class that no one needs to work at to succeed and no one will take to heart.”

“I think the University College can be a great help for students unsure about what they want to do,” said David Knudston, who is pursuing an entrepreneurial studies degree. “If they need assistance, I believe that it will help narrow the path that they’ll soon be embarking on.”

On a nationwide scale, students will change majors generally anywhere from three to five times.

In the fall of 2010, an experiment at SDSU, which Nichols was part of, put that statistic to the test. The experiment showed that on average, SDSU graduates change their major zero to two times when others changed theirs five or more.

SDSU’s current graduation rate is 56.7 percent while the national average is 55.9 percent. SDSU is currently looking for ways to increase  the graduation rate to 60 percent by 2012.