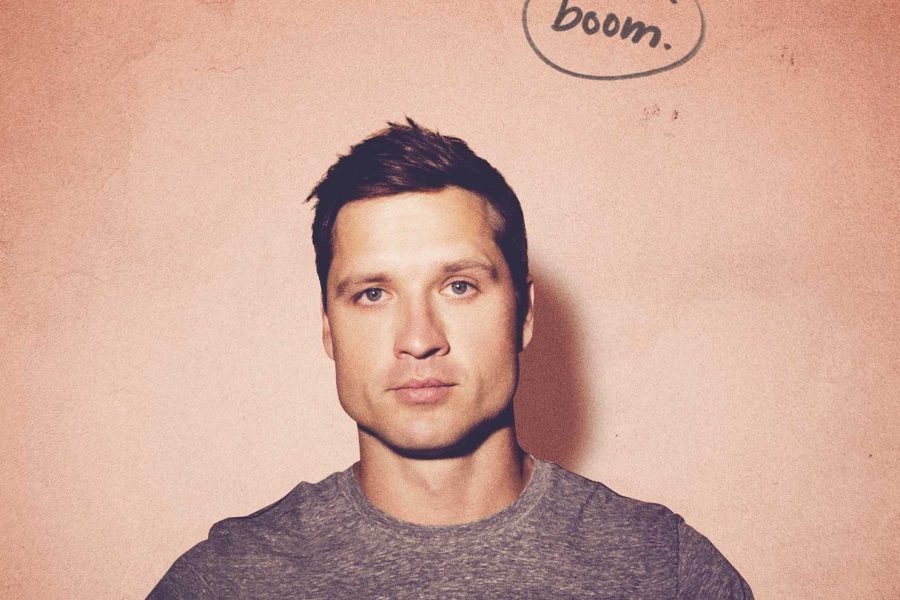 SONY MUSIC Walker Hayes’ debut album “boom.” comes out Dec. 8. The album includes his current single, “You Broke Up With Me.” Hayes will open the Thomas Rhett concert with Old Dominion Dec. 1 at the Swiftel Center.

Grammy-nominated country-pop artist Thomas Rhett’s Home Team tour will be in Brookings Friday after rescheduling from Oct. 26. Old Dominion and Walker Hayes will be performing with Rhett at the Swiftel Center.

Hayes, a singer-songwriter from Mobile, Alabama, moved to Nashville in 2005 with his wife Laney to take his shot in the music industry after realizing he wasn’t happy with a nine-to-five lifestyle.

“It’s when you almost lose that you really realize that maybe you were born to do this no matter what,” Hayes said in a news release. “It’s not about success or anything — it’s where you belong.”

Now, his song “You Broke Up With Me” is making its way up the country charts. It’s No. 18 on the Billboard country chart this week.

“It’s a playful song that I hope makes everyone get up and dance,” Hayes told The Collegian.

Hayes’ style isn’t always classified as country. Publications such as PEOPLE, Entertainment Weekly and Billboard describe his sound as a blend of genres, self-described by Hayes to be “a mixture of all of my influences with an emphasis on the beat and extreme attention to detail in the lyrics.”

“Hayes writes songs that are damn near impossible to classify and that’s what makes them so interesting,” a February Rolling Stone article said.

This is Hayes’ first tour of this scale and he said Rhett’s fans “are the best” to perform for. He said the tour so far has been “unreal.”

“These are the biggest crowds I’ve played for,” Hayes said. “And I haven’t experienced crowds this engaged, either.”

Hayes has six children, so leaving for his national tour wasn’t the easiest thing to do, but they occasionally join him on his tour bus and he’s sure to take advantage of spending his time off at home. When he is away, Hayes said, “thank God for FaceTime.”

Other songs by Hayes were released for free on his two volumes of “8 Tracks, Vol. 1: Good Shit” and “8 Tracks, Vol. 2: Break the Internet.” Three other singles from “boom.,” “Beautiful,” “Halloween” and “Shut Up Kenny,” have been released.